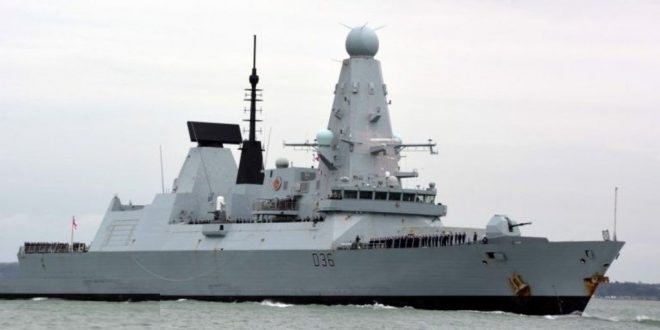 However, a BBC correspondent onboard the warship said it has been harassed by the Russian military.

Aircraft could be heard overhead as the BBC’s defence correspondent, Jonathan Beale, filed a report from the deck of HMS Defender in the Black Sea. He described hostile warnings over the radio as the navy crew prepared for a possible confrontation.

Our correspondent, who had been invited aboard the ship before the incident happened, describes more than 20 aircraft in the skies above the British ship – and says two Russian coastguard boats shadowed the vessel, at times just 100 yards away. 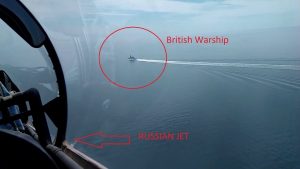 Russia claims the illegally-annexed peninsula and its waters are its territory, but Britain says its ship was passing through Ukrainian waters.

“HMS Defender was taking the most direct and internationally recognized route between Ukraine and Georgia,” a Downing Street spokesman said.

He added that Russia had given pre-warning to the UK that it was carrying out gunnery exercises in the Black Sea near to where HMS Defender was sailing.

British Defence Secretary Ben Wallace said in a statement that HMS Defender was carrying out a “routine transit” when it entered the internationally recognized traffic corridor.

On board HMS Defender

The crews were already at action stations as they approached the southern tip of Russian occupied Crimea. Weapons systems on board the Royal Navy destroyer had already been loaded.

This would be a deliberate move to make a point to Russia. HMS Defender was going to sail within the 12 mile (19km) limit of Crimea’s territorial waters. The captain insisted he was only seeking safe passage thorough an internationally recognized shipping lane.

Two Russian coastguard ships that were shadowing the Royal Navy warship, tried to force it to alter course. At one stage one of the Russian vessels closed in to about 100m (328ft).

Increasingly hostile warnings were issued over the radio – including one that said “if you don’t change course I’ll fire”. We did hear some firing in the distance but they were believed to be well out of range. 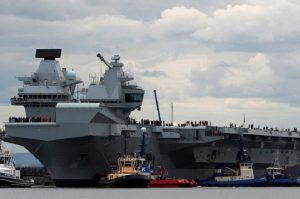 As HMS Defender sailed through the shipping lane it was buzzed by Russian jets. The Captain, Vincent Owen, said the ship detected more than 20 military aircraft nearby. Commander Owen said his mission was confident but non-confrontational.

Russia said the incident happened near Cape Fiolent in the south of Crimea and – according to a defence ministry statement to Russian news agencies – claimed the British vessel subsequently changed course.

The Russian Defence Ministry said the “dangerous actions” of the destroyer were a “gross violation” of the UN Convention’s sea laws.

Russia annexed Crimea from Ukraine in 2014 but this has not been recognized internationally.

The British Ambassador has now been summoned to the Russian Foreign Ministry.

HMS Defender is a Type 45 destroyer that is part of the UK’s Carrier Strike Group. It is carrying out missions in the Black Sea, according to the Royal Navy’s website.

The warship was in the southern Ukrainian port of Odessa earlier this week, according to the British embassy in Ukraine. It said the UK and Ukraine had signed an agreement to jointly build warships and construct two naval bases. (BBC)