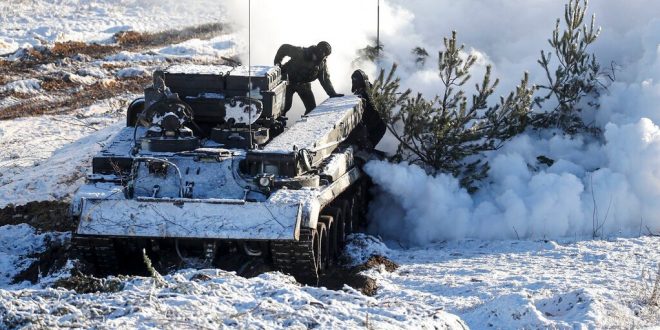 MOSCOW/ BERLIN: German Chancellor Olaf Scholz arrived in Moscow on Tuesday to meet President Vladimir Putin in a high-stakes mission to avert war, saying he will hammer home the message from the West that they are open to dialogue about Russia’s security concerns but will impose sanctions if it invades Ukraine. 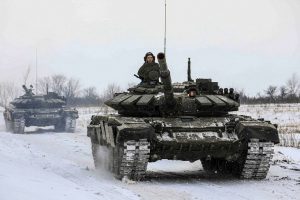 Meanwhile, some troops in Russia’s military districts adjacent to Ukraine returned to their bases after completing drills, Russia’s defence ministry was quoted by the Interfax news agency as saying, a move that could de-escalate friction between Moscow and the West.

US Defense Secretary Lloyd Austin is also due to visit Belgium, where he will meet NATO allies, Lithuania and Poland, a day after Russian foreign minister Sergey Lavrov held out hope for diplomacy after urging Putin to continue talks.

Amid frantic efforts to try and avert conflict in Ukraine, the United States extended a $1bn sovereign loan guarantee to Ukraine, as the build-up of Russian troops at the country’s borders weighs on its economy.

London’s marine insurance market has added the Ukrainian and Russian waters around the Black Sea and Sea of Azov to its list of areas deemed high risk, a circular has showed.

Their guidance is watched closely and influences underwriters’ considerations over insurance premiums. 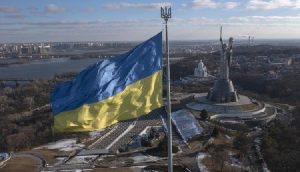 ‘NATO (is) on our doorstep’, Putin says

Putin has said at the news conference that a negotiation process should be held over the question of Ukraine’s NATO membership.

“They say that in the coming years, Ukraine will not be in NATO. What does that mean….? For 30 years we have been told that there won’t be any kind of NATO expansion, not one inch eastwards. And today, we see the infrastructure of NATO on our doorstep,” Putin said.

“The whole question of Ukraine joining NATO is raised and they say it won’t be tomorrow. What about the day after tomorrow? What does that actually change for us historically speaking? Absolutely nothing.

“We hear that Ukraine is not ready to join NATO; we know that. At the same time, they say it’s not going to join tomorrow. But by the time they get ready for it, it may be too late for us. So we have to decide this question now, right now, in the very near future; we have to have a negotiation process for this,” Putin said. 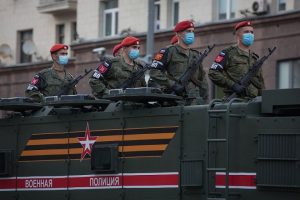 Scholz says some points in Russia’s demands are worth discussing

Scholz has said after a meeting with Putin that some aspects of Moscow’s demands are worth considering.

“It was right that NATO and the European Union responded to the letters from Russia, and while Russia does not agree with the response, it is a good sign that it says there are a few good points in it,” Scholz said at a joint news conference.

“Likewise, NATO, the EU, and we do not agree with the demands of Russia, but we believe there are some points in there that are worth discussing,” he said, adding that an eastward expansion of NATO was not currently on the agenda.

Scholz has said that he is committed to making sure that the transit of gas through Ukraine functions. (Int’l Monitoring Desk)

Share
Previous India claims OIC ‘hijacked by vested interests’
Next Will ‘reconsider’ policy towards US if assets not freed: Taliban