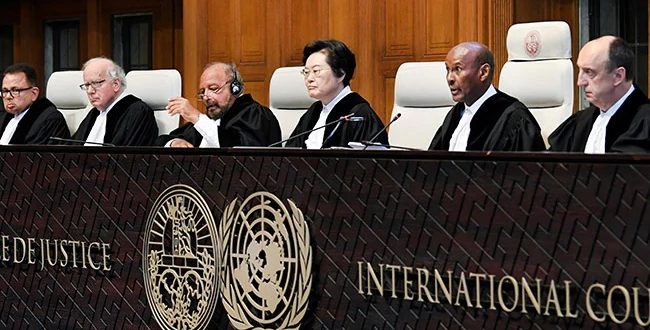 UNITED NATIONS/ MOSCOW: Russia has boycotted hearings at the UN’s highest court during which Ukraine is seeking an emergency order to halt hostilities, arguing that Moscow has falsely applied genocide law in justifying its invasion. 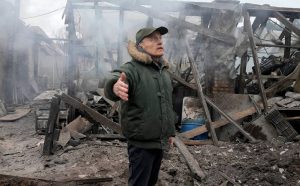 Hearings began at the International Court of Justice (ICJ) in The Hague, the Netherlands, on Monday without legal representation for Russia.

“The fact that Russia’s seats are empty speaks loudly. They are not here in this court of law: They are on a battlefield waging an aggressive war against my country,” Ukrainian envoy Anton Korynevych said.

He urged Russia to “lay down your arms and put forward your evidence.”

The court said it regretted Russia’s non-attendance. A hearing, initially set for Tuesday, for Russia to present its case was expected to be cancelled. In earlier cases before the ICJ where a party did not show up to present its side, the court ruled without input from such parties.

Countries have usually, but not always, followed the court’s orders, which are legally binding. A spokesperson for the Russian embassy in the Netherlands did not reply to a request for comment. 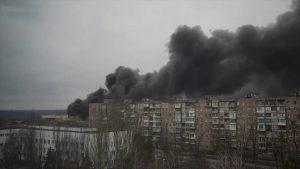 Russian President Vladimir Putin has said Russia’s “special military action” is necessary “to protect people who have been subjected to bullying and genocide”, meaning those whose first or only language is Russian – in eastern Ukraine.

Ukraine said on Monday that Russia’s claim was baseless and the alleged genocide in eastern Ukraine was “non-existent”.

The case centres on the interpretation of a 1948 treaty on the prevention of genocide, signed by both countries. The treaty names the ICJ as the forum for resolving disputes between signatories.

Ukraine said on Monday that Moscow was violating and abusing the genocide convention by using it as a justification for war.

“Russia must be stopped and the court has a role to play in stopping it,” Korynevych told the judges as he asked for them to impose emergency measures. 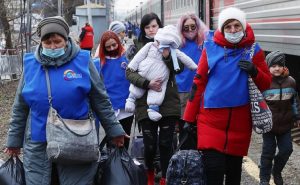 “Ukraine comes to this court because of a grotesque lie and to seek protection from the devastating consequences of that lie,” David Zionts, a lawyer for Ukraine, told the court.

“The lie is the Russian Federation’s claim of genocide in Ukraine. The consequences are unprovoked aggression, cities under siege, civilians under fire, humanitarian catastrophe and refugees fleeing for their lives.”

Al Jazeera’s Charlie Angela, reporting from London, said Russia’s absence on Monday could be because one of their lawyers, Alain Pellet of France, resigned earlier in the week.

“In an open letter, he said, ‘enough is enough. It’s become impossible for me to represent a country that so cynically despises the law,’” Angela said, citing the letter. “That has been a blow to their side.”

The ICJ is the highest court for resolving disputes between states, and while cases there usually take years, it has a fast-track procedure to look at requests for “provisional measures” such as those Ukraine has requested. 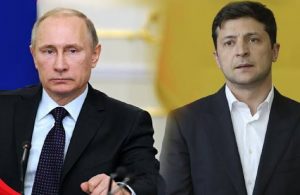 The court can order provisional measures to prevent a situation from worsening before it looks at more fundamental questions such as whether it has jurisdiction or the merits of a case.

It is not clear when a verdict will be reached. Although verdicts given by the ICJ are binding, the court has no way of enforcing a decision.

If the court were to order a halt to hostilities, “I think the chance of that happening is zero,” said Terry Gill, a professor of military law at the University of Amsterdam. He noted that if a nation does not abide by the court’s order, judges could seek action from the United Nations Security Council, where Russia holds a veto. (Al Jazeera)