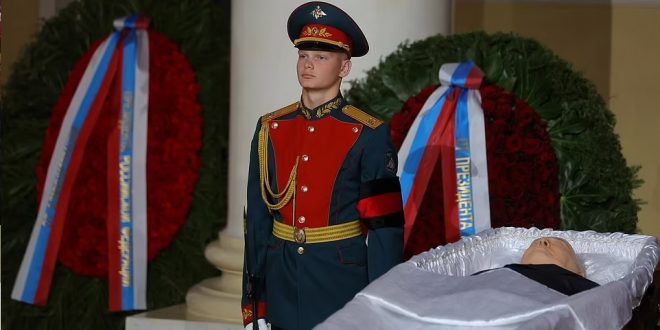 MOSCOW: Russia laid to rest the last leader of the Soviet Union Mikhail Gorbachev in a Moscow ceremony but without the fanfare of a state funeral and with the glaring absence of Russian President Vladimir Putin. 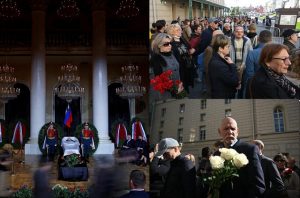 Gorbachev, the Soviet leader beloved of the West, lived long enough to see all the reforms he had championed in Russia undone. He was buried on Saturday without state honours or the presence of Putin.

Gorbachev, who died on Tuesday aged 91, has been granted a public funeral: Muscovites were able to view his coffin in the imposing Hall of Columns, within sight of the Kremlin, where previous Soviet leaders have been mourned but Putin, a longtime KGB intelligence officer who called the Soviet Union’s collapse a “geopolitical catastrophe”, denied Gorbachev a full state funeral ceremony. Putin also said he was too busy to attend.

In power between 1985 and 1991, Gorbachev sought to transform the Soviet Union with democratic reforms.

In Russia, many blame him for letting go of the Soviet empire and with it the country’s position as a global power. 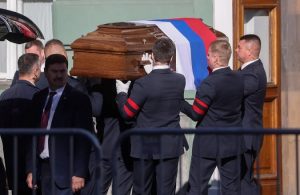 Gorbachev became a hero in the West where he was affectionately known as “Gorby” for allowing Eastern Europe to shake off more than four decades of Soviet communist control.

He also let East and West Germany reunite, and forged arms control treaties with the United States, which lifted the “Iron Curtain” and ended the Cold War.

His achievements were recognised with the awarding of a Nobel Peace Prize in 1990 but when the 15 Soviet republics seized on the same freedoms to demand their independence, Gorbachev was powerless to prevent the collapse of the Soviet Union in 1991, six years after he had become its leader. (Int’l News Desk)