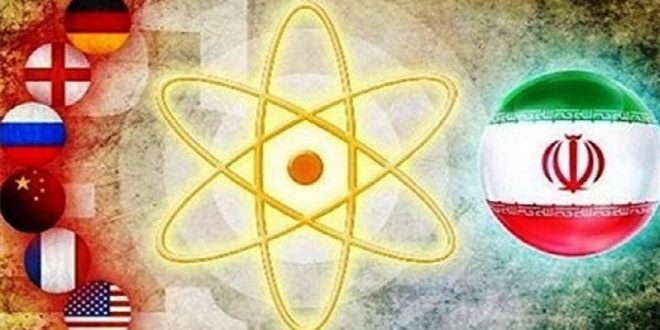 Revival of 2015 nuclear deal in sight as Iran eases demands

24-08-2022
WASHINGTON/ TEHRAN: The United States hoped to revive a 2015 nuclear deal as it said that Iran is willing to ease key demands that had held up the revival of the deal. 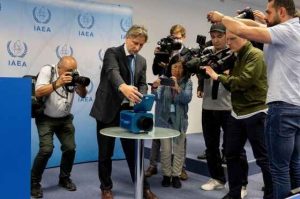 The US is expected shortly to respond to Iran through European Union mediators, after a year and a half of indirect diplomacy that just weeks ago looked on the verge of collapsing.
US officials said Iran dropped demands to block some UN nuclear inspections after also relaxing on insistence on a key sticking point that Washington remove its powerful Revolutionary Guards from a terrorism blacklist.
“Gaps still remain, but should we reach an agreement to return to the deal, Iran would have to take many significant steps to dismantle its nuclear program,” a senior official in the Biden administration said.
Biden has supported returning to the accord trashed by former president Donald Trump and Iran has pressed hard in negotiations in Vienna but with Iran also claiming diplomatic wins, the US official insisted that Tehran ultimately “made concessions on critical issues.”
Iran had sought to shut down a probe by the International Atomic Energy Agency (IAEA) into three undeclared nuclear sites where the watchdog says it has questions related to nuclear work that has since ended. 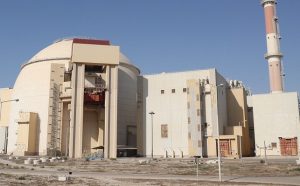 In June, Iran disconnected a number of IAEA cameras after the UN body´s board censured Tehran for not adequately explaining previous traces of uranium.
The senior US official said Iran would again face “the most comprehensive inspections regime ever negotiated” with monitoring “for an unlimited amount of time” but Henry Rome, deputy head of research at the Eurasia Group, said that Iran has not conceded on the undeclared sites.
“I don´t think anyone should be surprised if this issue comes up again at a later stage of these negotiations,” Rome said.
The recent progress came after the European Union put forward a draft agreement to Iran. EU foreign policy chief Josep Borrell told Spanish public television TVE that Iran sought adjustments to it but that “most” countries agreed.
Britain, China, France, Germany and Russia are also party to the agreement, formerly known as the Joint Comprehensive Plan of Action. 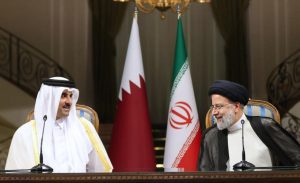 ´Tough compromises´ inevitable
The US official insisted that accounts of new compromises by the Biden administration were “categorically false” but Suzanne DiMaggio, a senior fellow at the Carnegie Endowment for International Peace, said both sides have had to show flexibility to come as far as they have.
“Neither side will want to admit that, but the reality is that in a high-stakes negotiation, especially between adversaries, making tough compromises is the only way to get to an agreement,” she said.
“If both sides feel confident that they can frame the outcome as a win, chances are the JCPOA will be restored. If not, the road ahead looks rocky.”
She said Biden was in a strong position after legislative wins and had an incentive, amid high tensions with Russia and China, to avoid a nuclear crisis with Iran but Biden faces heated 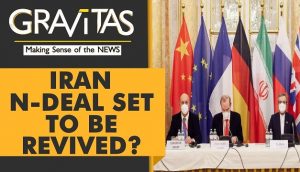 opposition from Trump´s Republican Party as well as Israel, which campaigned against the agreement when it was reached under former president Barack Obama.
Trump imposed sweeping sanctions on Iran in hopes of bringing the US adversary to its knees. Its economy suffered but the Biden administration contends the main result was to accelerate Iran´s nuclear work.
In a letter to Biden, the top Republican on the House Foreign Affairs Committee complained that the administration has left Congress in the dark.
“The only logical conclusion to draw is that Iran´s negotiators are pleased with the outcome of negotiations, while US negotiators are still determining how to make further compromises and best sell a bad deal to the American people,” Representative Mike McCaul wrote.
A EU official earlier said that Iran has agreed to defer discussion on ending Trump´s terrorist 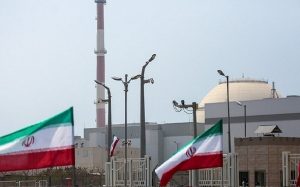 blacklisting of the Islamic Revolutionary Guard Corps, the clerical regime´s elite ideological unit.
Among ideas reportedly under consideration are for the United States to maintain the terrorist designation but not to punish dealings with the Revolutionary Guards, who have wide interests across the Iranian economy.
The return of the United States to the accord would mean an end to Trump´s unilateral sanctions on Iran selling its oil, potentially easing further energy prices that had soared after Russia´s invasion of Ukraine. (Int’l News Desk)