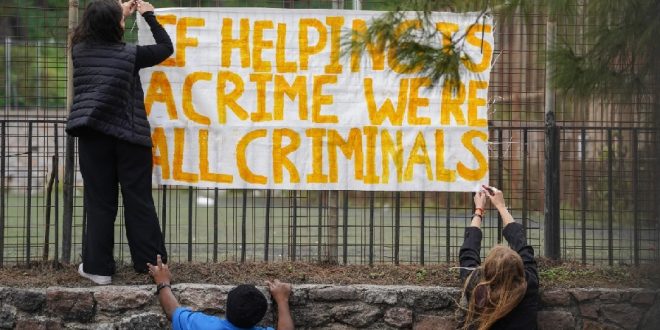 Rescuers who saved migrants go on trial in Greece

ATHENS: A group of 24 volunteers have gone on trial on the Greek island of Lesbos more than four years after they were arrested for carrying out migrant rescue missions off Greece. 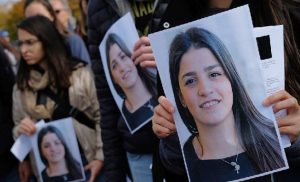 Their case was denounced in a European Parliament report as Europe’s “largest case of criminalization of solidarity”.

Among the defendants accused of a string of misdemeanors is refugee and swimmer Sarah Mardini.

A movie recently told the story of how she escaped with her sister from Syria.

The volunteers were initially detained in 2018 for several months on suspicion of human trafficking, but the charges facing the group in Mytilini on Tuesday involved espionage, illegal access to state communications, money laundering and assisting criminal activity.

Police said in 2018 that the volunteers had collected information about refugee flows from the Turkish coast to the Greek islands of Lesbos and Samos, and provided direct assistance to organized trafficking groups. 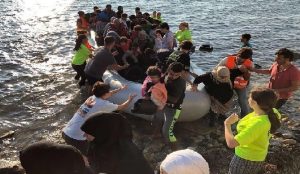 The two volunteers had joined a group called Emergency Response Centre International, which has since been disbanded. The 2021 European Parliament report pointed out that Sarah Mardini’s first rescue had taken place in 2015 when she and her sister Yusra helped save others on board the boat they were travelling on.

Yusra Mardini went on to take part in the Rio Olympics as part of a refugee team and their story featured in the 2022 Netflix drama The Swimmers.

Their escape came at the height of the influx of migrants and refugees into Greece which prompted an EU deal with Turkey to close off the sea crossing. Greece has also denied allegations in recent years that it has forcibly sent dinghies back to Turkey in so-called pushbacks.

Sarah Mardini told media after her release in 2018 that her arrest had come as a shock as her group had wanted to help refugees with medical assistance, water and a blanket when they arrived in Greece.

Other members of the group include volunteer lifeguard Nasos Karakitsos and retired Dutch national Pieter Wittenberg, who told Amnesty International that he faced 20-25 years in jail if convicted for standing on the beach as onlookers. 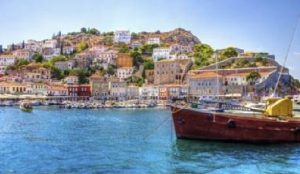 Their trial comes hard on the heels of the case of a Somali migrant called Mohamed Abdi jailed for 142 years for people-smuggling after saving more than 30 lives. Abdi said he had guided the migrant dinghy to shore after it was abandoned by a Turkish trafficker in 2020.

The court in Mytilini ruled on Monday that his sentence should be commuted and ordered his release for time served in jail.

Dozens of NGOs have criticized the Lesbos trial, and a group of European Parliament members have signed a letter calling on the government in Athens to drop the case.

The trial opened on Tuesday and was adjourned until Friday. (Int’l Monitoring Desk)