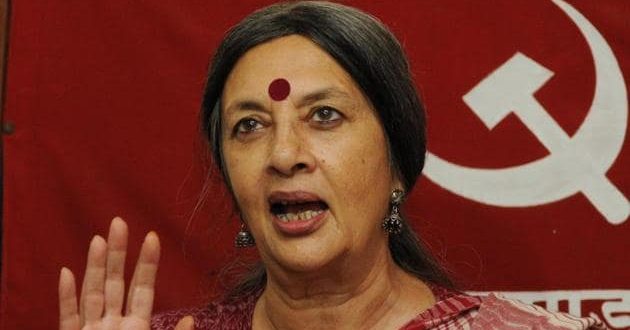 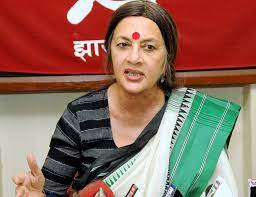 New Delhi: The Narendra Modi government’s decision to increase the age of marriage for women from 18 to 21 years has come in for sharp criticism from several quarters, and the CPI-M has assailed the measure on various counts.

CPI-M Politburo member Brinda Karat told IANS that the government’s proposal is not going to help in the fight for empowerment of women.

“It is absolutely wrong to criminalise the personal choice of adults. If the government wants to ensure gender equality, it should reduce the marriage age of boys from 21 to 18 years. The government should pay more attention to education and nutrition of girls,” she said.

The CPI-M has lodged strong protest against the marriage age bill.Senior party leader Sitaram Yechury told IANS that the logic of the government for such a bill is not convincing at all. The Bill should be referred to the Standing Committee of Parliament for in-depth examination and consultations with all stakeholders, he demanded.

“A woman at the age of 18 is legally an adult. For the purpose of marriage, treating her as a juvenile is self-contradictory and the proposal violates an adult’s right to make personal choices of her partner. This proposal deprives a woman of deciding the course of her life,” he said.

Yechury said that even when the minimum age was 18, official figures show that the average age of marriage for women across India in 2017 was 22.1 years.

“Therefore such a law is unnecessary. If the bill is for health reasons, as the government claims, there is a need to ensure nutrition and food security to prevent maternal and infant mortality. Raising the marriageable age of women is not the solution,” he added.
Samajwadi Party MP Shafiqur Rahman has also strongly objected to the government’s bid to increase the marriage age for women, telling IANS that this will have a bad impact on the girls, and “they will become vagabonds”.

However, BJP leaders support the move Uttar Pradesh’s Child Development and Women Welfare Minister Swati Singh said that the Modi government wants to make a law in favour of women.

“He gave rights to Muslim women by bringing a law on triple talaq. So, increasing the age of marriage of girls from 18 to 21 years will give women a feeling of equality. The marriage age of boys is already 21 years. As recommended by the National Human Rights Commission, the minimum age of marriage for boys and girls should be the same,” she said.

A task force headed by activist Jaya Jaitly had recommended to the Central government that the age of marriage of a girl should be increased from 18 to 21 years, as girls face problems in pregnancy at a young age. This recommendation was accepted by the government.

Jaitly told IANS: “This decision has been taken keeping in mind the issue of gender equality and gender empowerment. Because it sends a very strange message that a girl can be fit for marriage at the age of 18, and boy at 21(Curtecy-IANS)