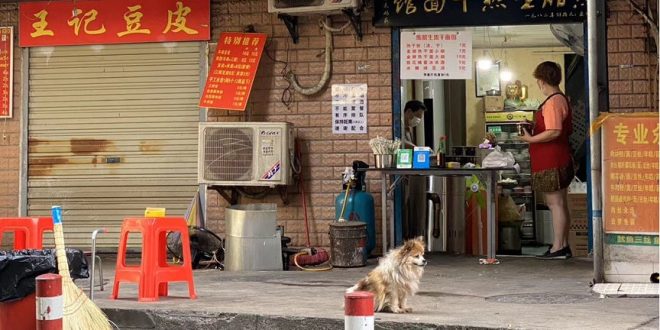 BEIJING: A record wave of COVID-19 infections has sparked further restrictions for the people in China. 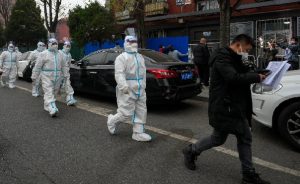 The health commission in Beijing on Thursday reported more than 31,000 new cases nationwide in the last 24 hours, the largest increase in cases since the chaos of the early days of the pandemic.

On Wednesday, the number of cases were 31,444, a figure that broke a record set on April 13 when the commercial hub of Shanghai, home to 25 million people, was put under a two-month lockdown.

The Chinese government had recently relaxed some COVID-19 rules, including a reduction in the duration of the quarantine period required when entering China from 10 to eight days. 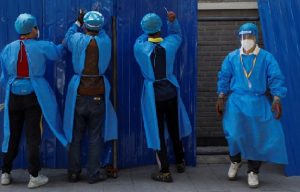 New measures have recently been imposed in almost all main cities, including the capital, where schools, kindergartens and shops are closed and residents have been asked stay home if possible.

Increasingly, residential complexes are also being completely sealed off. In the particularly hard-hit southern Chinese metropolis of Guangzhou, which has seen violent protests against the COVID-19 measures, several districts are in total lockdown.

Shanghai, meanwhile, announced that travelers coming to the city will not be allowed to go to restaurants or shops for five days.

The curbs are taking a toll on residents as well as output at factories, including the world’s biggest iPhone plant, which has been rocked by clashes between workers and security personnel in a rare show of dissent.

“How many people have the savings to support them if things continually stay halted?” asked a 40-year-old Beijing 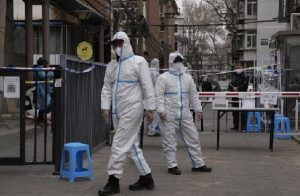 man surnamed Wang who is a manager at a foreign firm. “And even if you have money to stay at home every day, that’s not true living.”

The streets of Chaoyang, the capital’s most populous district, have been increasingly empty this week.

Sanlitun, a high-end shopping area, was nearly silent on Thursday but for the whirring of the e-bikes of delivery riders ferrying meals for those working from home.

China’s economy has been suffering because of its zero-COVID approach, a signature policy of President Xi Jinping, even as much of the world tries to co-exist with the virus, saying it is needed to save lives and prevent the medical system from being overwhelmed. (Int’l Monitoring Desk)