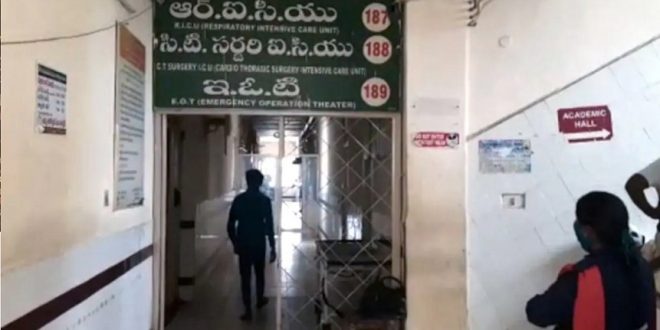 TELENGANA: A 38-year-old man bitten by rats in the respiratory intensive care unit (ICU) was left bleeding in a hospital in Telangana and passed away after being transferred to a different hospital, NDTV reported.

Srinivas reportedly had a history of alcoholism with his liver and pancreas terribly impacted. He had also suffered from two cardiac attacks before and was surviving on a ventilator.

“The death happened due to complications and not due to rat-bite,” Director of Nizams Institute of Medical Sciences, Dr K Manohar was quoted by NDTV.

The public is however infuriated at MGM Hospital, where Srinivas was left with the rats.

“…he was bleeding badly. The bed was blood-soaked, so I complained,” the attendant, patient’s brother Srikant said.

MGM Hospital took strict action after the incident, suspending the head of the department and two doctors. The sanitation contractor was also blacklisted.

The staff and patients reported that rats were fairly common due to the drainage under repair.

“Nothing we can do as the drainage work is under repair,” a nurse said. (NDTV)