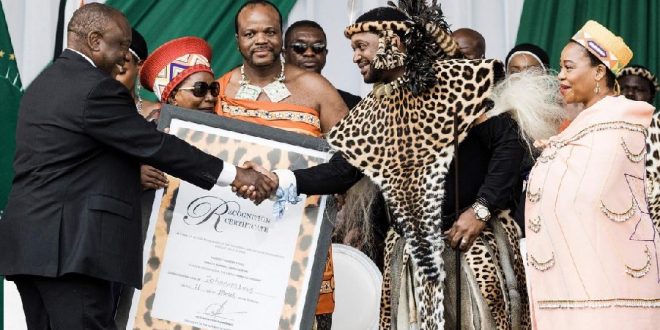 PRETORIA/ BLOEMFONTEIN: South Africa’s new Zulu king, Misuzulu kaZwelithini, has been officially recognized as the head of the country’s most influential traditional monarchy by President Cyril Ramaphosa in the first Zulu coronation since 1971. 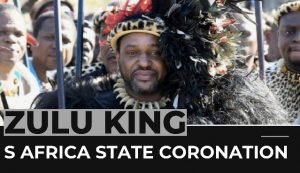 The ceremony recognizing the new king, who has promised to unite his nation and protect tradition, puts an end to the legal dispute that entangled his succession to the throne.

The head of South Africa’s largest ethnic group was crowned in August but needed official recognition from Ramaphosa to fully access and use government resources and support.

In March 2021, former King Zwelithini, Misuzulu’s father, died after reigning since 1971. The coronation was to recognize Misuzulu, 48, as the rightful heir after his late father. 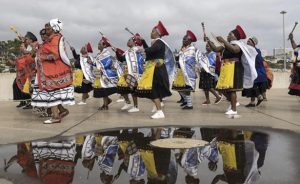 “You have picked up the mighty spear that has fallen. May your steady hand guide and bring stability to the kingship of AmaZulu,” Ramaphosa said, adding that his government was committed to working with the new king to help transform rural areas into places of prosperity.

Although the title of king does not bestow executive power, the monarchs wield great moral influence over more than 11 million Zulus, who make up nearly a fifth of South Africa’s population of 60 million.

King Misuzulu reigns over a divided royal family, with another faction that includes some of his late father’s wives and some of his siblings from the other palaces, recognizing King Zwelithini’s first-born son Prince Simakade as king.

Misuzulu was chosen as the rightful heir through the will of his mother, the late Queen Mantfombi Dlamini Zulu, who became interim leader after the death of her husband King Zwelithini. The queen passed away almost two months after Zwelithini. 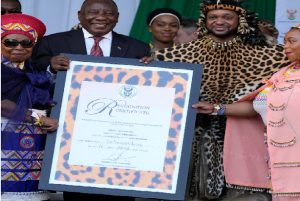 “I commit to develop the country and the economy and promoting peace and reconciliation first among the Zulus and also among the South Africans and Africans,” King Misuzulu said after taking his oath.

The king controls vast swaths of land, estimated at about 3 million hectares (7.4 million acres), in KwaZulu-Natal under an entity called the Ingonyama Trust.

Khaya Ndwandwe, a Zulu historian, said at the stadium that recognition of the new king by the government as “the real king of the Zulu people” means “now the king will be more than protected”.

“It’s a great day for the Zulu nation. It’s a day of great joy for the Zulu people, for everybody,” said Ndwandwe. (Int’l News Desk)