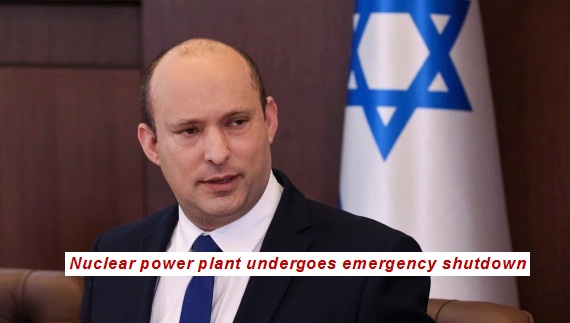 JERUSALEM/ TEHRAN: Israeli Prime Minister Naftali Bennett has condemned the new Iranian president as a “hangman”, describing Ebrahim Raisi’s election win as a final “wake up” call for world powers before returning to a nuclear agreement with Tehran.

Bennett made the comments on Sunday as he opened his first cabinet meeting since swearing in his new coalition government last week.

Hardline judiciary chief Raisi was elected as Iran’s next president on Saturday with 62 percent of the vote amid a historically low voter turnout. He is sanctioned by the United States in part over his involvement in the mass execution of thousands of political prisoners in 1988, at the end of the Iran-Iraq war. Raisi has not commented specifically on the event. 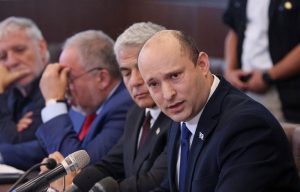 Bennett said at the cabinet meeting in Jerusalem that “of all the people that (Iranian Supreme Leader Ayatollah Ali) Khamenei could have chosen, he chose the hangman of Tehran, the man infamous among Iranians and across the world for leading the death committees that executed thousands of innocent Iranian citizens throughout the years.”

Iran and world powers resumed indirect talks in Vienna on Sunday to resurrect Tehran’s tattered 2015 nuclear deal, which granted Iran sanctions relief in exchange for curbs on its nuclear program.

Meanwhile, Iranian and American diplomats have been negotiating a return to the accord in the Austrian capital through European intermediaries since April.

The landmark nuclear deal between world powers and Iran, which Israel opposed, collapsed after former US President Donald Trump unilaterally withdrew the United States from the accord in 2018. That decision has seen Iran, over time, abandon every limitation on enrichment and Tehran is currently enriching uranium at its highest levels ever, though still short of weapons-grade levels.

Bennett said Raisi’s election as Iranian president was “the last chance for the world powers to wake up before returning to the nuclear agreement and to understand who they’re doing business with”.

“These guys are murderers, mass murderers: a regime of brutal hangmen must never be allowed to have weapons of mass destruction that will enable it to not kill thousands, but millions,” he said. 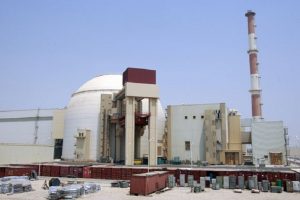 Israel has long stated that it opposes arch-enemy Iran’s nuclear program and said it would prevent Tehran from obtaining nuclear weapons. Iran insists its nuclear program is intended for peaceful purposes.

Earlier this month, Israel’s outgoing Mossad intelligence chief signaled that Israel was behind a string of recent attacks targeting the country’s nuclear program.

An official from the state electric energy company, Gholamali Rakhshanimehr, said on a talk show that the Bushehr plant shutdown began on Saturday and would last “for three to four days”.

He added that power outages could result. He did not elaborate further, but this is the first time Iran has reported an emergency shutdown of the plant, located in the southern port city of Bushehr.

It went online in 2011 with help from Russia. Iran is required to send spent fuel rods from the reactor back to Russia as a nuclear nonproliferation measure.

In March, nuclear official Mahmoud Jafari said the plant could stop working since Iran cannot procure parts and equipment for it from Russia due to banking sanctions imposed by the United States in 2018. 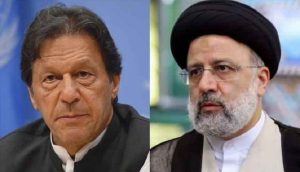 Bushehr is fuelled by uranium produced in Russia, not Iran, and is monitored by the United Nations’ International Atomic Energy Agency (IAEA).

The UN agency did not immediately respond to a request for comment on the reported shutdown.

Abas Aslani, a senior researcher at the Tehran-based Center for Middle East Strategic Studies, told media that the shutdown could be a blow to an Iranian power supply already strained by crypto-currency.

“This [shutdown] is more important in terms of the power outage, than the nuclear aspect of the facility,” Aslani said.

“Because these days we are seeing the crypto-currency mining is consuming electricity in the country and this has caused some power outages in the past.”

Construction on Bushehr, on the coast of the northern reaches of the Persian Gulf, began under Iran’s shah in the mid-1970s.

After the 1979 Islamic Revolution, the plant was repeatedly targeted in the Iran-Iraq war. Russia later completed the construction of the facility.

The plant, which sits near active fault lines and was built to withstand powerful quakes, has been periodically shaken by temblors. There have been no significant earthquakes reported in the area in recent days. (Int’l Monitoring Desk)