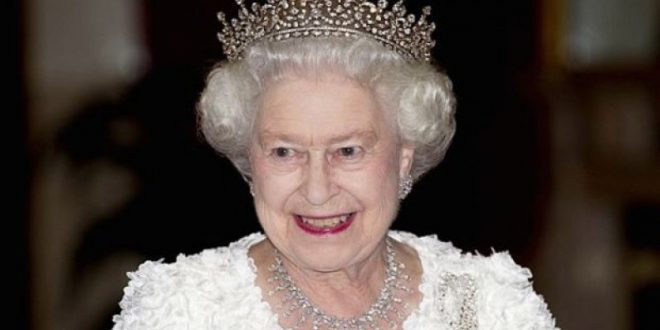 Queen Elizabeth to be removed as Barbados Head of State 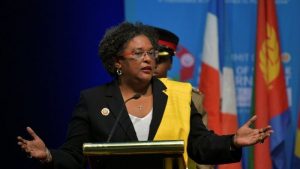 LONDON: Barbados has announced its intention to remove Queen Elizabeth as its head of state and become a republic.

“The time has come to fully leave our colonial past behind,” the Caribbean island nation’s government said.

It aims to complete the process in time for the 55th anniversary of independence from Britain, in November 2021.

“This is the ultimate statement of confidence in who we are and what we are capable of achieving,” the speech read.

Buckingham Palace said that it was a matter for the government and people of Barbados.

A source at Buckingham Palace said that the idea “was not out of the blue” and “has been mooted and publicly talked about many times”, BBC royal correspondent Jonny Dymond said. 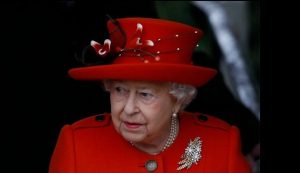 One of the more populous and prosperous Caribbean islands

Gained its independence from Britain in 1966

Once heavily dependent on the sugar exports, its economy has diversified into tourism and finance

Its prime minister is Mia Mottley, elected in 2018 and the first woman to hold the post

The statement was part of the Throne Speech, which outlines the government’s policies and programs ahead of the new session of parliament.

While it is read out by the governor-general, it is written by the country’s prime minister.

The speech also quoted a warning from Errol Barrow, Barbados’s first prime minister after it gained independence, who said that the country should not “loiter on colonial premises”.

His is not the only voice in Barbados that has been suggesting a move away from the monarchy. A constitutional 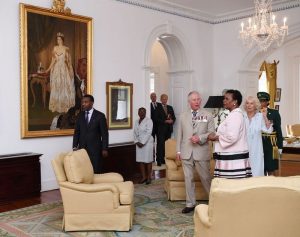 review commission recommended republican status for Barbados in 1998 and Ms Mottley’s predecessor in officer, Freundel Stuart, also argued for a “move from a monarchical system to a republican form of government in the very near future”.

Barbados would not be the first former British colony in the Caribbean to become a republic. Guyana took that step in 1970, less than four years after gaining independence from Britain. Trinidad and Tobago followed suit in 1976 and Dominica in 1978.

All three stayed within the Commonwealth, a loose association of former British colonies and current dependencies, along with some countries that have no historical ties to Britain..

It is actually quite unusual for a country to remove the Queen as its head of state. The last to do so was Mauritius in 1992. Other Caribbean countries like Dominica, Guyana and Trinidad and Tobago became republics in the 1970s.

Many of the 15 countries that are currently part of the Queen’s realm seem to value the relationship it provides with her and the United Kingdom. 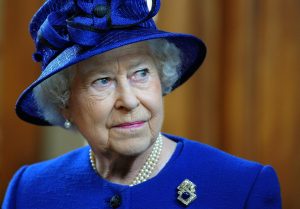 Of course, some have talked for years of slipping the royal anchor and establishing their own heads of state but other political objectives often get in the way.

Certainly this is not the first time that politicians in Barbados have declared their intention to become a republic.

The question is whether this decision will be matched by others. Jamaica has in the past suggested that this is a route it might follow.

What is significant is that the prime minister of Barbados cast the decision as “leaving our colonial past behind”.

In the context of the Black Lives Matter movement, it will be interesting to see if this sparks wider political pressure on other Caribbean governments to go the same way.

And if this happens, and the removal of the Queen as head of state is placed on a par with, say, the removal of a statue of a slave trader, then that could pose difficult questions for both the British royal family and the Commonwealth. (Int’l News Desk)

Share
Previous Israel bombs Gaza during peace deal signing ceremony
Next Coronavirus vaccine could be available in a month: Trump