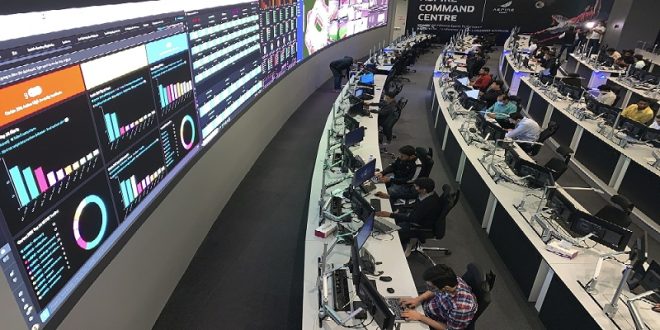 Qatar to use tech solutions to manage World Cup crowds

DOHA: There’s a room in Qatar’s capital Doha with hundreds of screens that show the crowd attending the World Cup 2022 matches.

With more than 1.2 million fans expected in the country for the World Cup, Qatar has set up a tech hub that uses artificial intelligence to keep an eye on the spectators, predict crowd swells and even control stadium temperature. 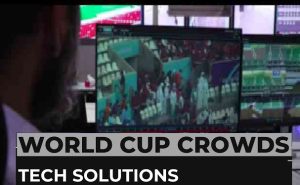 More than 100 technicians will be working around the clock at the Aspire Command and Control Center, closely monitoring images flashing across their screens via 200,000 integrated units, from 22,000 security cameras spread across all eight World Cup stadiums.

It is from here that they can operate entry gates, ensure there is running water and keep the air conditioners humming smoothly.

Facial recognition technology will enable the crew to zoom in on each of the 80,000 seats at Lusail Stadium, which is set to host 10 matches, including the final.

Experts from cybersecurity to anti-terrorism to transport will be stationed at the centre, along with Qatari and FIFA officials.

Security cameras in all areas of the stadiums will make sure that mission control can check how each venue is operating before, during and after the event.

“With one click you can shift from one stadium to [another] stadium, because we have everything integrated through 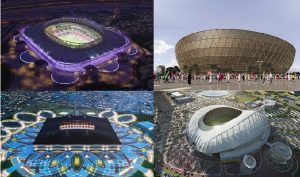 This is the future of how sports will be covered, say the technicians, some of who have worked behind the scenes since the 2006 Asian Games, which Qatar hosted. They just have many more gadgets at their disposal, now.

Organisers say that the “connected stadium” concept is the first of its kind to be used during a World Cup. AI will enable technicians to predict crowd surges and quickly deal with overcrowding by sharing information with security officials.

The aim is to avoid incidents such as the chaos that erupted in May outside the Stade de France in Paris, when police used tear gas and pepper spray on fans trying to get into the Champions League final between Liverpool and Real Madrid. 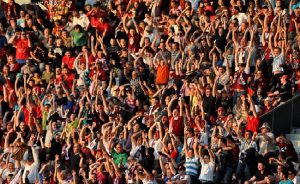 In October, more than 130 people were killed in a crowd crush at a football stadium in Indonesia after police fired tear gas at fans who streamed on to the pitch, followed by people running into locked exits while trying to exit the stadium.

The Qatar centre’s technical team says that data aggregation allows them to forecast crowd patterns. Since they know the exact number of people expected based on ticket sales, they can predict crowd surge. That could be based on time of arrival, points of entry or even the movement of people at any given time.

“We have the crowd control team and security staff on the ground, and we have the law enforcement agencies and we are complementing their decision-making with data. So that’s very unique,” Niyas Abdulrahiman, the centre’s chief technology officer, told media.

With the help of AI, the centre can count the number of people within a space and apply a threshold. If there are more than 100 people in a particular area, for example, the technicians can see bottlenecks, check how the entry gates are performing and ensure a smooth flow of people in and out of the stadium, Abdulrahiman explained. 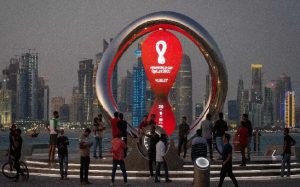 All the stadiums are air-conditioned. If there is a temperature variance inside the venues, sensors from the command centre can pick up the data and prompt an adjustment.

“Through this command centre, our centralised platform gives us an opportunity to have a quick response, more performance in operations with less people,” Al Mohannadi told media.

The director is undeterred by cybersecurity threats. He said the systems are designed to withstand vulnerabilities.

“Obviously, all of this depends on foolproof cybersecurity that all of your systems should be able to withstand any threats from outside or within. We are making sure that systems are secure. And we are doing it as a routine now to make sure that during the FIFA World Cup any major cybersecurity incident will not happen.” (Int’l News Desk)

Share
Previous ‘Competition not conflict’ with China: Biden
Next ‘Germany must be more careful with China’