ISLAMABAD – Pakistan Tehreek-i-Insaf (PTI) is all charged up to observe ‘Thanksgiving Day’ over the disqualification of Prime Minister Nawaz Sharif in Islamabad’s Parade Ground on Sunday.
The opposition party is energetic to celebrate the Supreme Court verdict on Panama case which came in their favour i.e. the disqualification of Prime Minister Nawaz Sharif on moral grounds and incomplete disclosure of assets.
Islamabad district administration has permitted PTI to hold the public gathering after they submitted an application to the capital’s deputy commissioner.
A stage has been set up for the party leaders and chairs have been placed for the participants. Lighting and sound system has been installed to activate and trigger the PTI workers’ emotions.
The parade ground has been decorated with party flags and banners of the party leaders. The security arrangements outside the rally will be ensured by federal police and FC officials.
PTI chief Imran Khan, Prevaiz Khattak and other party leaders visited the arena and reviewed the arrangements.
While talking to the party workers, Imran Khan called on the former members to return to PTI. A larger number of people gathered in the Parade Ground to meet their leader. They also held fireworks to celebrate their happiness.
Post Views: 31
2017-07-30
admin
Previous Nawaz sharif vacates PM House, departs for Murree
Next Fatwa Against Nitish Minister Khurshid for Chanting ‘Jai Shri Ram’ Slogans 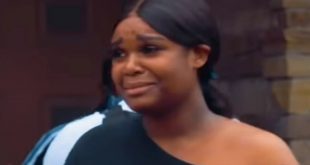 12-06-2021 MINNEAPOLIS: A teenager who filmed the murder of George Floyd by a white police …