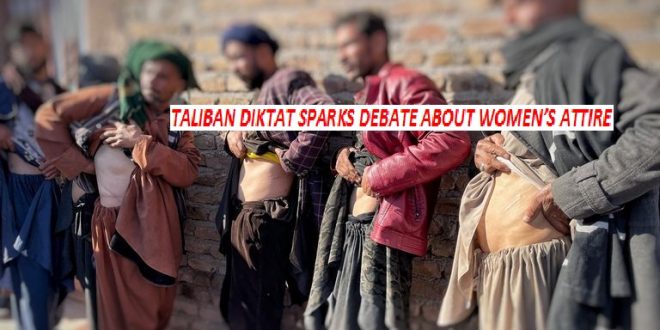 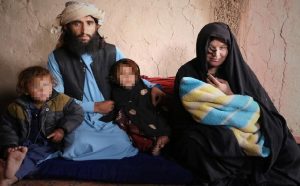 KABUL/ ISLAMABAD: The looming economic and humanitarian crisis has affected the lifestyle of Afghan families as they are living in extreme poverty and are forced to make life-altering decisions to survive.

Families are selling their children and their kidneys as more than half of the population is facing serious difficulties in meeting basic needs and harsh winter conditions are worsening their struggle, TRT World reported.

A drought in the last four years and conflicts between the Taliban and the previous government have affected thousands of Afghans, mostly Pashtuns, as they were forced to leave their homes and are now struggling to survive.

A local resident Abdulkadir, 38, said he only drank tea and ate dry bread, adding that he has no money to visit the hospital. 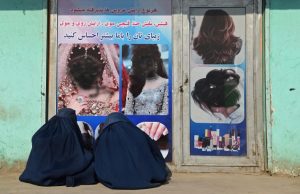 “The doctors told me that if I had surgery and had my kidney removed, I would die. However, I insisted on selling my kidney. Our economic situation is so bad that I am ready to sell one of my children for 150,000 Afghani. So that I can save other members of my family.”

Gulbuddin, a 38-year-old man, said that he is unable to do any physical work as he sold one of his kidneys earlier.

He mentioned that he had sold his daughter Ruziye who was 12, three years ago for $3,500 and a kidney for $2,000 two years ago for the treatment of his wife but his wife’s illness and financial difficulties didn’t come to an end.

He continued to say that last year he sold his other five-year daughter, Raciye, for $1,500, adding that if someone comes and wants his eye, he can sell it so that his wife can survive.

Meanwhile, many Afghan women in the capital Kabul have protested against a poster campaign launched by the Taliban, encouraging women to wear a burqa or hijab. 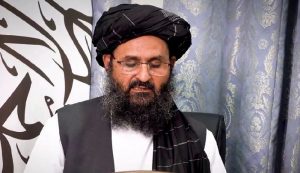 The Afghan Ministry for the Promotion of Virtue and Prevention of Vice plastered posters across Kabul’s cafés and shops earlier this month to encourage the wearing of the burqa, a full-body veil that also covers the face. It did not issue an official directive.

“According to Sharia law, a Muslim woman must observe the hijab,” wrote the posters, along with pictures of blue burqa-clad women and others in full black. The word “hijab” accompanied each picture as if to clarify what that should look like.

Many Muslim women around the world choose to wear the headscarf, in a variety of styles, as an expression of their faith and part of their cultural identity.

Afghan women have traditionally worn the burqa, mostly sold in shades of blue, white and grey but the black robes are less common across the country.

The Taliban, which returned to power in August, has clarified that the dress code is not mandatory, but insists women should cover their bodies as required by their Islamic faith. During their last stint in power between 1996 and 2001, the wearing of the burqa was strictly enforced. 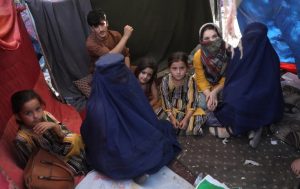 Today, the streets of downtown Kabul are filled with women wearing various styles of the veil. While some dress in burqas that cover their faces, others wear headscarves and an array of mixed traditional and western fashion.

Many Afghan women don’t see what the fuss is about, because the headscarf is already part of many Afghan women’s daily attire, while others condemned it as an infringement on their freedoms.

“As Afghan women, we know our religious rights and obligations,” said Jamila Afghani, a women’s rights activist and former deputy minister of labour and social affairs.

“It should be a woman’s choice to wear what she wants,” said Afghani, who also heads the Women’s International League for Peace and Freedom (WILPF) in Afghanistan.

To Afghani, the campaign also shows a Taliban obsession with unimportant matters in the midst of a deepening economic crisis that has left many families unable to feed their children. 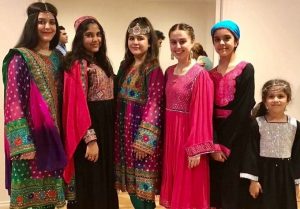 “They should be busy working on more important things than women’s outfits,” said Afghani. “Most women already wear a traditional chador (shawl or headscarf), so why is this even being raised.”

Ministry for the Promotion of Virtue and Prevention of Vice spokesperson Muhammad Akif Muhajir told media that because the hijab or burqa is a “Qurani order”, Muslim women should wear it.

“If Sharia orders them [women] to do something they should act upon it,” he said, adding that the hijab or burqa could be “anything that a woman uses to cover her body… a hijab or the blue burqa or in some parts women use big shawls to cover themselves”.

Despite there being no policy to impose the wearing of the burqa, nor punishments for women who do not adhere to the advisory, there have been sporadic reports of Taliban soldiers trying to enforce it.

“These things tend to become problematic in the absence of clear guidelines and training for fighters,” said Obaidullah Baheer, a lecturer on transitional justice at the American University in Afghanistan. 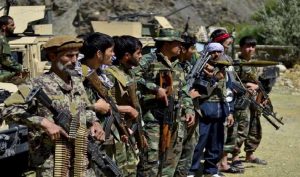 “When they (Taliban fighters) are given impression [by their leaders] to be responsible for morally policing the society, they are bound to abuse their authority,” he added.

Some Afghan women dispute the Taliban’s claim that covering up, especially the face is absolutely required for women.

Sonia Ahmadyar, a 36-year-old mother of three said: “I am completely against enforcing a certain dress code on women. We should not be forced to wear something we don’t want.”

According to Afghani, the Taliban’s burqa recommendation is not what Islam asks of women. “If they (the Taliban) are talking about Sharia, Islam doesn’t specify an outfit for women.

“This poses the question: do the Taliban even understand Shariah?” 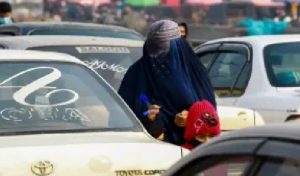 For Afghan women, the economic crisis engulfing the country has been compounded by further restrictions by the Taliban on their employment, education and even movement.

In protest against these restrictions, including the burqa, some Afghan women gathered to demonstrate in front of the Ministry of Women’s Affairs last week.

Videos on social media showed a small group of women denouncing various restrictions, as some ripped a white burqa off a woman and kicked it to the ground, saying it came from “backward Pakistani and Arab culture”.

Commenting on this incident, Sahar Ghumkhor, an academic at the University of Melbourne and author of The Political Psychology of the Veil, said: “It’s important to stress that the chador/ burqa has always been worn in Afghanistan, long before the Taliban existed. 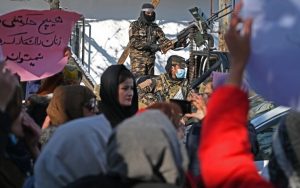 “The protests are conflating its imposition with being ‘foreign’, which erases the reality of women who wear it, particularly in rural parts of Afghanistan.”

She added that many women at the protest were in western attire: “If the issue is its foreignness, then why the selective resistance?” she asked.

WILFP’s Afghani agreed. “The burqa has been part of Afghan culture for a long time, especially in villages and remote areas, even in cities among older women,” she said, adding that her mother and grandmother wear it.

Ghumkhor noted that “veiling and unveiling has become a reductionist lens through which complex social, political and economic conditions are being read.”

While the imposition of the veil should be protested, its “over-presence in the Afghan feminist imagination needs to be interrogated, especially at a time when the country is starving,” she said.