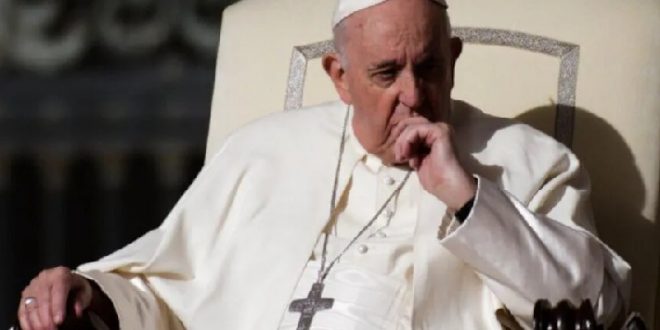 VATICAN CITY/ MOSCOW: Pope Francis has for the first time directly appealed to Russia’s President Vladimir Putin to stop the “spiral of violence and death” in Ukraine, saying he is haunted by “rivers of blood and tears”. 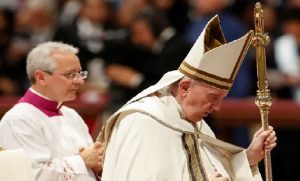 The head of the Catholic Church also condemned the annexation of four regions of Ukraine, saying it risked nuclear escalation and urged Putin to think of his own people during an address dedicated to Ukraine in St Peter’s Square.

One Vatican official said the impassioned speech was so sombre it was reminiscent of a radio peace appeal by Pope John XXIII in 1962 during the Cuban Missile Crisis.

Francis has often condemned Russia’s invasion of Ukraine and the death it has caused, but it was the first time he made a direct personal appeal to Putin.

“My appeal goes above all to the president of the Russian Federation, begging him to stop this spiral of violence and death, even out of love for his own people,” Francis said.

He also called on Ukrainian President Volodymyr Zelenskyy to consider proposals to halt the fighting.

“On the other side, pained by the enormous suffering of the Ukrainian population following the aggression it suffered, I address an equally hopeful appeal to the president of Ukraine to be open to a serious peace proposal,” he said. 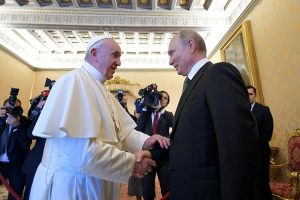 He was making an urgent appeal “in the name of God” for an end to the conflict and said it was “absurd” that the world was risking a nuclear conflict.

Francis later tweeted both the appeals to the two leaders in Russian and Ukrainian.

Ukraine and Western allies condemned the annexation as illegal, and Kyiv said it will continue fighting to recapture all occupied Ukrainian territory.

Russia vetoed a UN resolution that would have declared its referendums as having “no validity” and urged all countries not to recognise any “purported annexation” of the territory by Moscow. 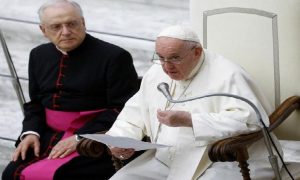 Ukraine on Sunday claimed full control of the eastern logistics hub of Lyman, Kyiv’s most significant battlefield gain in weeks.

“I strongly deplore the grave situation that has been created in the last few days, with more actions that are contrary to the principles of international law,” Francis said in a clear reference to the annexation.

In a reference to ethnic Russians living in Ukraine, Francis said it was also necessary to respect “the rights of minorities and (their) legitimate worries”.

Francis said it was “anguishing” that the world was learning about Ukrainian geography through names of places such as Bucha, Irpin, Mariupol, Izyum, Zaporizhzhia and other places where people had suffered “indescribable suffering and fear”. (Int’l News Desk)