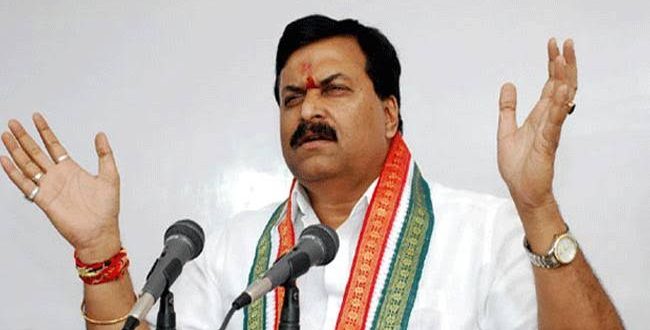 admin February 8, 2019 Hyderabad, Top News Comments Off on Ponguleti resents allocation of all party posts to one Congress leader in Khammam district 721 Views

Hyderabad, Feb.8 (PMI): TPCC leader and MLC Ponguleti Sudhakar Reddy today launched a scathing attack against his party leaders from Khammam District.
Speaking to mediapersons here today, Ponguleti alleged that the party high command had given DCC president and other posts of the Khammam district to the supporters of one party leader. He also alleged that there was total lack of balance in the appointments of the DCC presidents.
Noting that the sitting MLAs of the party were also appointed as the DCC presidents, Sudhakar Reddy said it was not proper on the part of the MLAs to crave for the DCC posts also. He launched a veiled attack against former Union minister Renuka Choudary, who was planning to contest from Khammam Lok Sabha seat. He complained that it was not right to think that they could get their things done by influencing the party high command . (PMI)