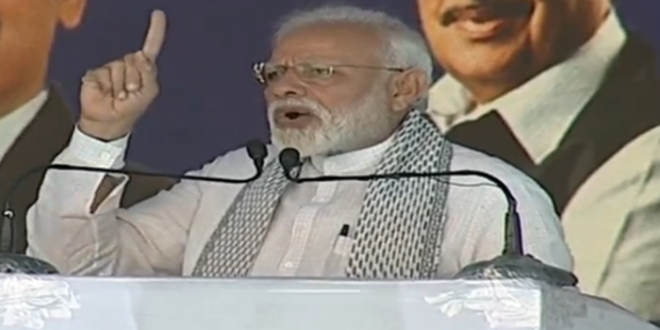 Prime Minister Narendra Modi today reiterated that the perpetrators of the Pulwama terrorist attack will be punished by the security forces and asked people to keep patience.

He was addressing a rally at Pandharkawada in Maharashtra after launching several development projects.

The Prime Minister said he very well understands the anger among people after 40 CRPF personnel were killed by the terrorists. He added that the security agencies have been given free hand to deal with the perpetrators.

Modi said the sacrifice of CRPF personnel will not go in vain and the terrorists will be punished no matter where they hide.

He asked people to trust our soldiers and said that the jawans will take a decision on the time, place and the kind of punishment to be awarded to the perpetrators.

Launching a veiled attack against Pakistan without naming it, Prime Minister Modi said terrorism is the second name of the neighbouring country.