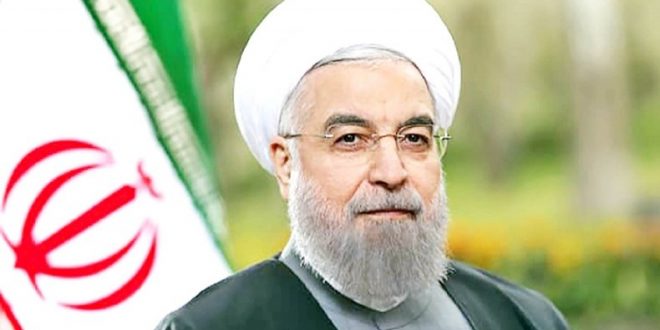 TEHRAN: Condemning the United States, Iran’s President Hassan Rouhani on Saturday said people should blame Washington for the “crimes and pressure” facing the country, as waves of US sanctions impact the struggling economy.

“They prevented the purchase of medicines and food by imposing unjust, illegal, and inhuman sanctions,” Rouhani said in a televised address.

In May 2018, US President Donald Trump withdrew from a landmark deal that gave Iran relief from sanctions in return for UN-verified guarantees that it is not seeking nuclear weapons.

Since breaking from the accord, the US has slapped a string of sanctions on Iran that have crippled its economy.

While humanitarian supplies such as medicine are theoretically exempt from US sanctions, many companies fear breaking the rules and have avoided transactions with Tehran. 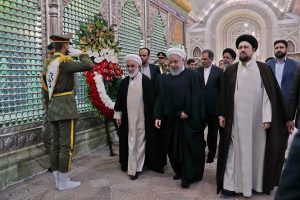 “The correct address for all crimes and pressure against the dear Iranian people is Washington DC, the White House,” Rouhani added.

He saved particular criticism for US Secretary of State Mike Pompeo.

Washington’s partners at the UN Security Council have refused to reimpose sanctions and say the US actions are legally unfounded since it left the deal.

In a letter dated September 23 and made public Saturday by the UN, US Ambassador Kelly Craft called on the secretariat to “take the steps necessary to re-establish the Committee established pursuant to Resolution 1737 (2006) and its Panel of Experts” to monitor compliance with international sanctions.