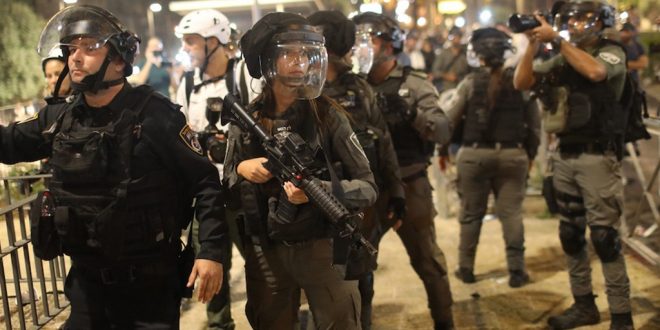 JERUSALEM/ BEIRUT/ TEHRAN: The Hezbollah resistance movement said the recent heroic Palestinian operation in Tel Aviv that left three Israelis dead and several others injured once again brought to the fore the fragility and weakness of the Zionist regime.

“Once again, the Palestinian resistance proves its ability to confront the Israeli occupation, respond to its perpetual crimes, and deal humiliating blows to it where it is not expected, and in the depth of its usurping entity,” the Lebanese resistance movement said in a statement on Friday. 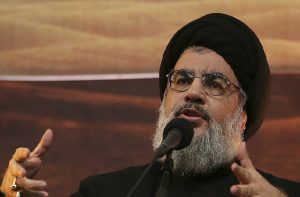 The attack was conducted on Thursday evening, when a Palestinian youth, identified as Ra’ad Fathi Hazem, entered a pub on a crowded main street of Tel Aviv and began shooting.

The 28-year-old, a resident of the Jenin refugee camp in the occupied West Bank, was killed by Israeli forces in a pre-dawn firefight near a mosque on the first Friday of the holy fasting month of Ramadan.

“The heroic operation carried out by the martyr fighter Ra’ad Fathi Hazem in Tel Aviv showed the weakness, fragility, and confusion of its military and security apparatus, and its abject failure in the face of one Palestinian fighter despite the enemy’s use of its various devices and the inclusion of more than a thousand soldiers in battlefield,” Hezbollah added.

The movement praised the “heroism of the Palestinian people and its resistance factions,” and saluted all the fighters who “put this criminal entity in a state of loss and humiliation before the world.”

The succession of such operations, the Lebanese resistance movement said, showed the “Palestinian people’s decisiveness in continuing the struggle.” It also illustrated that the Palestinian resolve is stronger than the will of the occupation, Hezbollah said. 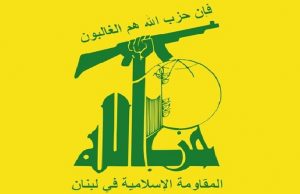 Palestinians have shown determination to liberate the entire Palestine “from the sea to the river,” the statement said.

The father of Ra’ad Fathi Hazem, a former security prisoner who previously served as an officer in the Palestinian Authority’s security services in Jenin, commended his son’s actions to a crowd gathered in front of his home on Friday morning.

“Many died in God’s path before you were even born. Years ago, they gave everything for God and for Palestine…now, we pass the flag to those after us.”

Palestinian resistance groups earlier hailed the “heroic operation” as a “natural and legitimate response to the escalation of the occupation’s crimes.”

Palestinians have ramped up retaliatory attacks against Israeli forces in recent weeks, carrying out a series of operations that have killed at least 11 Israelis since March 22. Eight Palestinians have also been killed during the same period. 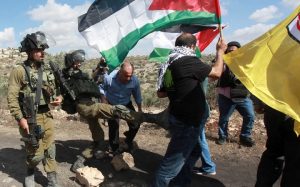 Last week, a Palestinian man identified as Diaa Hamarsheh killed five Israelis, including a policeman, before being shot dead in the ultra-orthodox town of Bnei Brak east of Tel Aviv. The operation came days after two Palestinian gunmen killed two Israeli soldiers and wounded four others in a shooting attack in the northern Israeli city of Hadera before being shot dead.

The occupying regime has since the start of Ramadan scaled up its crackdown on Palestinians who gather for Iftar, a meal served at the end of the fasting day during the holy month. Israel has also deployed a large number of its forces to disperse the worshipers. The violence, repeated on a daily basis, has led to fierce clashes between Israelis and Palestinians across the occupied territories. (Tasnim News)

Share
Previous Iran sanctions 24 US officials over ‘terrorism’ abuses
Next What led to leader Imran Khan’s downfall in Pakistan?