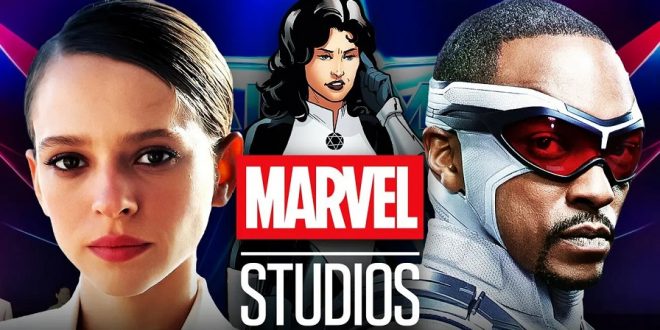 RAMALLAH/ OCCUPIED WEST BANK: Marvel Studios’ decision to feature an Israeli superhero called “Sabra” in its upcoming film has been met by outrage from Palestinian artists who say it is evidence of “racism” and “white-washing colonialism”. 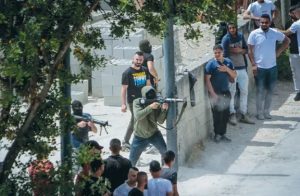 Marvel, which is based in New York and is owned by Disney, announced late last week that the character, who operates as an Israeli intelligence (Mossad) agent, would be featured in the 2024 Captain America movie.

Following the backlash, Marvel said in a statement that the character would be “freshly imagined for the screen and today’s audience” and that the “filmmakers are taking a new approach”.

Artists in Palestine say the superhero and what it represents are an extension of western bias in favour of Israel.

“As someone who works in this field, I think it is a reflection of a level of insolence … and of the racism that such companies are based on,” 29-year-old Michael Jabareen, who produces comics among other forms of art, told Al Jazeera.

“Their policy is to distort the facts in their coverage by using a cultural weapon such as comics and movies, it is a process of feeding the audience with propaganda,” Jabareen, who grew up in the Israeli-occupied West Bank, continued. 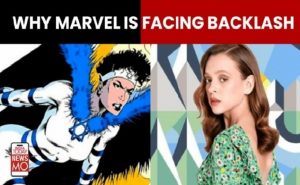 “Marvel has Captain America, Captain Britain, all these characters are a reflection of the process of glorifying nationalism and white-washing the colonial reality of these countries,” he said.

Jabareen described the Israeli character as “an employee of a colonial entity and military occupation, and specifically of the Israeli Mossad (intelligence) which has a very dirty history,” adding that in addition to the assassinations of armed resistance figures, the Mossad has also killed cultural icons such as writer Ghassan Kanafani.

Mossad is regarded by the Israeli establishment as a defender of the state, and many Israelis support what they perceive to be operations that protect Jews, despite international criticism of the methods Mossad has used in the past, such as kidnapping and assassinations.

Marvel first introduced the Israeli character Sabra in an Incredible Hulk comic book in 1980. In the comics, she is a mutant that works for the Israeli intelligence services. 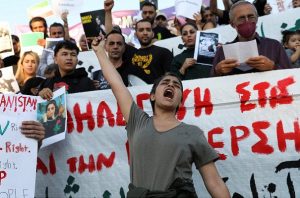 Her name, Sabra, is cause for much controversy among Palestinians. In Hebrew, the word is used by Israelis to refer to Jews who are native-born in Israel.

It refers to a similar word in Arabic, “saber”, meaning the cactus fruit, which grows widely across the country and is a symbol of perseverance for Palestinians following the 1948 Nakba.

Dania Omari, a 21-year-old superhero comics fan and artist, said the fact that Marvel maintained the name Sabra is “very unfortunate and upsetting”.

“No one can normalise the massacre, or ignore the suffering,” Omari told Al Jazeera. “There is no sensitivity.”

Palestinians, she said, see the Israeli superhero “as a soldier”. 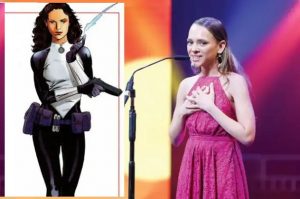 “The mission of Israeli soldiers is to kill without missing, to get rid of the other side, through the occupation,” continued Omari. “They are depicting the individual that is trying to get rid of us, as a superhero.”

Omari, who is an architecture student at Birzeit University, and who won a comics competition in Ramallah, said Marvel’s decision is the “same problem Palestinians face with the rest of the world”.

“The governments, the big companies and the people who have money, they are all biased in favour of the Israeli occupation,” she explained.

Breaking into laughter, Omari said she “personally leans towards DC comics” and that she was “thankful that it was Marvel and not DC” that created the Israeli character. She pointed out, however, that DC also featured Israeli actress and former soldier Gal Gadot as Wonder Woman.

Many Palestinians, including activists, artists and Palestinian advocacy groups have taken to the internet over the past few weeks to express their anger. 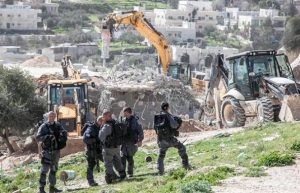 The Palestinian Campaign for the Academic & Cultural Boycott of Israel said in a post the move “glorifies murder”.

Israel’s 55-year-long military rule over the occupied West Bank, occupied East Jerusalem and the blockaded Gaza Strip, where some five million Palestinians live, has been described as the longest occupation in modern history.

Recent reports by local and international human rights groups have accused Israel of carrying out apartheid and persecution against the Palestinian people as a whole and called for a comprehensive arms embargo against Israel as well as targeted sanctions of officials, including asset freezes and travel bans.

Azeez Azeez, a 29-year-old caricature artist from Jenin who has a large following on Instagram, said Marvel’s decision requires a strong response from the artist community. 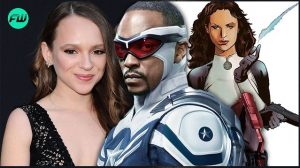 “I see that it is our main mission as artists and educated individuals, as Arabs in general, to start drawing our red lines, that they are not allowed cross again, whether in their films, or their shows, or their news or whatever,” Azeez told Al Jazeera.

“Western cinema and TV have always used us (Arabs) whenever they want as lab rats for their superheroes people to kill and who no one will be upset over,” he continued, adding that Arabs are often portrayed “as terrorists” including in the 1980 Incredible Hulk comic book in which the Israeli superhero is first featured.

“It’s a continued effort to brainwash people who don’t know what’s going on in this part of the world,” said Azeez. “I hope that our efforts in fighting their disgusting behaviour will be the first stepping stone in the wall of our red lines.” (Al Jazeera)