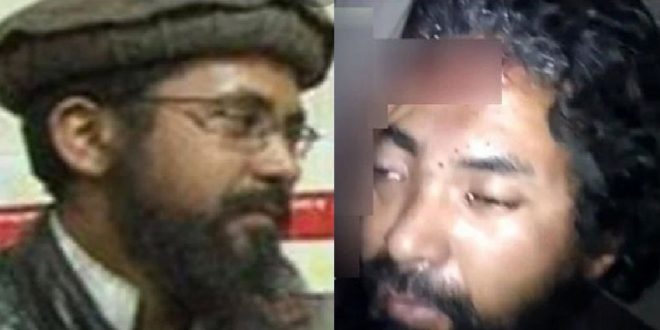 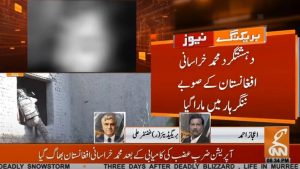 ISLAMABAD/ KARACHI/ KABUL: Most wanted Tehreek-e-Taliban Pakistan (TTP) Commander and a spokesperson for the proscribed outfit Khalid Balti alias Muhammad Khorasani was killed in the Afghan province of Nangarhar, sources told The Express Tribune on Monday.

Khorasani was appointed as the new spokesperson for the terrorist group in 2014 after former spokesperson Shahidullah Shahid declared his allegiance to Daesh.

He had established a terrorist hub in Miranshah but after the successful operation “Zarb-e-Azb”, he escaped to Afghanistan.

Sources said that Khorasani was planning attacks against Pakistan with Noor Wali Mehsood and had hinted at attacking different targets in the country recently. 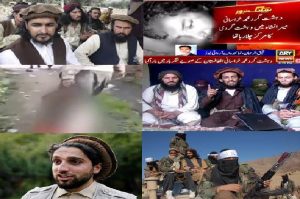 Last year, Pakistan had approached the Afghan Taliban leadership after the group returned to power in August with a list of demands that included action against the TTP. The interim Taliban government was even provided with a list of most wanted TTP terrorists but Afghan Taliban instead offered its good offices to broker a peace deal with the TTP. Pakistan accepted the offer and after some face to face meetings between the two sides, a ceasefire deal was reached in November.

According to a senior Pakistani official, Islamabad believes that TTP is a “test case” for the Afghan Taliban, as tackling the group would help the interim government establish its credentials in the eyes of the world with regards to dealing with other terrorist outfits.

“We are telling the Taliban leadership consider the TTP as a test case,” the official familiar with the development told The Express Tribune while requesting anonymity on Sunday.

“If the Taliban can’t address concerns of Pakistan then who would trust them and their promise of cutting ties to al Qaeda and other such groups,” the official added. 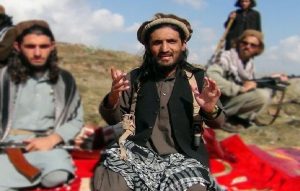 According to the chief military spokesperson, the interim Taliban government facilitated ceasefire with TTP as a confidence building measure. The month-long ceasefire, however, was ended on December 9 with no further progress.

General Babar said talks were now on hold as some of the conditions put forward by the TTP were non-negotiable for Pakistan. Although he did not divulge details, it is believed that the TTP was demanding the release of their senior commanders, establishment of a political office in a third country, reversal of FATA merger and introduction of Sharia law in the country.

As per the DG ISPR, operations against the TTP were being conducted on a daily basis and the fight against the “violent non-state actors” would continue till their threat was totally eliminated.

The statement of DG ISPR clearly suggested that Pakistan was not hopeful of any prospects of talks or peace deal with the TTP at least in the foreseeable future. 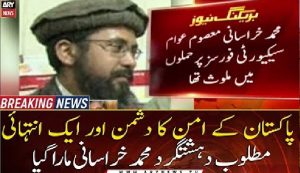 The official sources said Pakistan was talking to the interim Taliban government on the TTP issue. “It is a complicated process. Afghan Taliban are keen that the TTP no more uses Afghan soil against Pakistan but they are not willing to act against them,” said another official.

Despite a month-long ceasefire, the number of terrorist attacks in 2021 saw 56 per cent increase compared to 2020. Interestingly, the surge in TTP sponsored attacks was coincided with the Afghan Taliban takeover in August 2021. As per the Islamabad think-tank report August saw 45 terrorist attacks in Pakistan, the highest tally in a single month since 2017.

While Pakistan would continue operations against the TTP, it has been pushing the Taliban government to make sure that the Afghan soil is not used by these terrorist groups against the country.

Aged between 48 and 50, Khorasani’s real name was Khalid Balti. At the time of his killing he was not just the TTP’s operational commander but also its spokesperson. 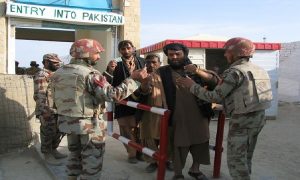 Hailing from Gilgit-Baltistan, Khorasani received his initial education from his native town. In 2007, he joined the Tehreek Nifaze Shriat Muhammadi in Swat.

He also established close terms with the former TTP chief Mullah Fazalullah. He fled to Afghanistan and remained the TTP spokesperson after Pakistan carried out military operations in the erstwhile tribal areas.

He was having “cordial and close relations with all tiers of TTP”, as per sources.

He was instrumental in the propaganda campaign of the TTP. After Kabul fell to the Afghan Taliban in August, he frequently used to travel to Kabul.

The killing of the operational commander of the TTP means that prospects of any talks or peace deal are now over.