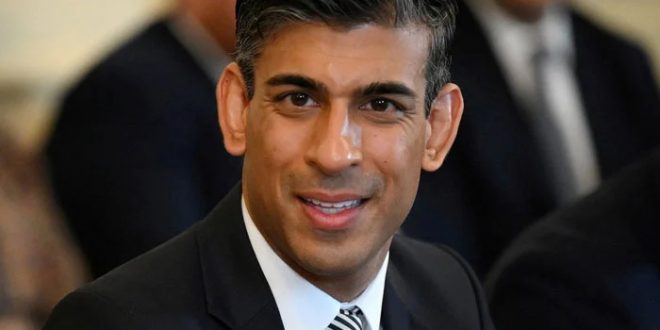 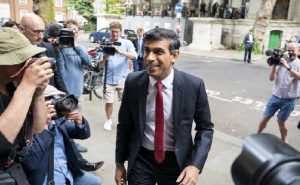 Rishi Sunak MP, 42, was born in Southampton to Hindu-Punjabi parents but his grandparents were born and raised in the Pakistani city of Gujranwala in Pakistan’s Punjab province.

The incoming British prime minister, in an odd way, is both an Indian and a Pakistani by heritage. Rishi is a practicing Hindu and takes his Commons oath on the Bhagavad Gita, a sacred Sanskrit text.

Rishi’s paternal grandfather Ramdas Sunak left Gujranwala to work as a clerk in Nairobi in 1935. His wife, Suhag Rani Sunak, moved to Delhi first from Gujranwala, along with her mother-in-law, before travelling to Kenya in 1937 to join her husband. Ramdas and Suhag Rani had six children, three sons and three daughters.

Rishi’s father Yashveer Sunak was born in 1949 in Nairobi. He arrived in Liverpool in 1966 and went on to study medicine at the University of Liverpool. Yashveer married Usha in Leicester in 1977. Three years later, Rishi was born in 1980 in Southampton. His parents ran a successful pharmacy business till their retirement. 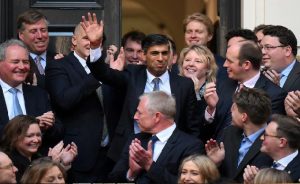 “The Sunaks are a Punjabi Khatri family from Gujranwala, now in Pakistan,” tweeted one Queen Lioness 86, adding: “Ramdas Sunak, Rishi’s paternal grandfather, left Gujranwala to work as a clerk in Nairobi in 1935.”

Ramdas’ wife, Suhag Rani, moved to Delhi first from Gujranwala, along with her mother-in-law, before travelling to Kenya in 1937, according to Queen Lioness 86, who provided all details about the family, including the family’s migration and the birth of Rishi in 1980 in Southampton.

As soon as it became clear that Rishi will become the next prime minister, many on Twitter laid claim to the new British leader.

“I think Pakistan should also lay claim on Rishi Sunak because his paternal grandparents were from Gujranwala who from there migrated to Kenya and then to Britain,” one Shafat Shah tweeted. Someone with a Twitter handle as Grand Finale wrote: “Wow! What a tremendous achievement. A Pakistani has now ascended to the highest office in England. Anything is possible if you believe.”

Some suggested that it was a moment of joy for broth India and Pakistan. “Going to bed in the US with hopes that a Punjabi from Gujranwala will be the prime minister of the UK in the morning! Both Pakistan and India should be jointly proud of this moment!” tweeted Yaqoob Bangash. 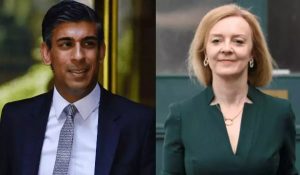 “Since Gujranwala is in Pakistan, anyone who belonged to this city even 100 years ago is a Pakistani today,” said Zulfikar Jatt.

Gujranwala, known for its good food and culture of wrestling, is located about 1.5 hours from Lahore.

Before partition, when Rishi’s grandparents used to live in Gujranwala, the city used to be a locality surrounded by at least seven gates, used as entry and exit points to it. Today’s Gujranwala is a congested, densely populated city surrounded by narrow streets, filled with shops of clothes, jewellery, electronics and others. Before partition, the city had a large and thriving Hindu community.

In Britain, Asian and rights groups have hailed the rise of Rishi as hopeful and the dawn of a new era.

Sunder Katwala, director of British Future, said: “Rishi Sunak becoming the first British Indian Prime Minister is a historic moment. This simply would not have been possible even a decade or two ago. It shows that public service in 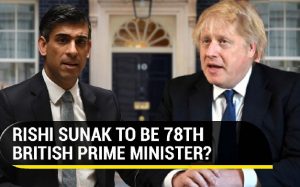 the highest office in Britain can be open to those of all faiths and ethnic backgrounds.

“This will be a source of pride to many British Asians including many who do not share Rishi Sunak’s Conservative politics.”

“Most people in Britain now rightly say the ethnicity and faith of the Prime Minister should not matter.

“They will judge Sunak on whether he can get a grip on the chaos in Westminster, sort out the public finances, and restore integrity to politics. But we should not underestimate this important social change,” he added.

The 1928 Institute, a University of Oxford-backed British Indian think tank, said: “It is incredible to see a British Indian as PM. Many of our grandparents were British subjects and now to see someone of Indian heritage in the UK’s highest office is truly wonderful.

“It shows how our community has come a long way and will be an inspiration for the next generation, although some will still attack Rishi Sunak for his heritage. Breaking this glass ceiling is a major achievement but we need more diversity in our government. We will judge Rishi by his policies and hope that our shared values across the diaspora such as seva, particularly with regards to minority and marginalized communities, are part of his leadership.”