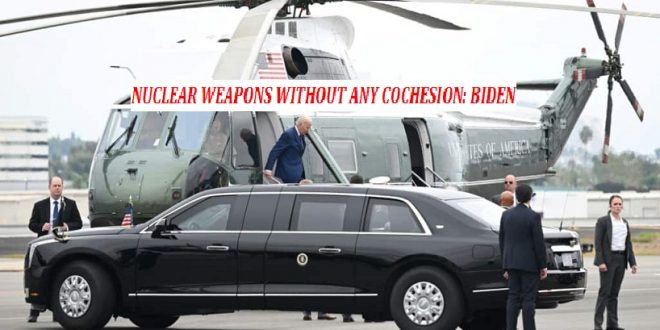 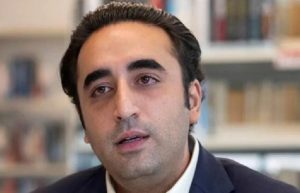 ISLAMABAD/ WASHINGTON: Pakistan’s foreign minister says that the US ambassador to the country has been summoned after President Joe Biden in a speech said Pakistan “may be one of the most dangerous” countries in the world which had “nuclear weapons without any cohesion”.

The 79-year-old Biden made the comments during a reception of the Democratic Congressional Campaign Committee on Thursday in which he also touched upon the war in Ukraine, China and local domestic issues.

Speaking in the context of China and his relationship with President Xi Jinping, Biden said, “This is a guy (Xi Jinping) who understands what he wants but has an enormous, enormous array of problems. How do we handle that? How do we handle that relative to what’s going on in Russia? And what I think is maybe one of the most dangerous nations in the world: Pakistan. Nuclear weapons without any cohesion.”

Pakistan’s foreign minister Bilawal Bhutto-Zardari said on Saturday during a news conference in the southern port city of Karachi he was “surprised” by Biden’s statement. “I believe this is exactly the sort of misunderstanding that is created when there is a lack of engagement,” he added. 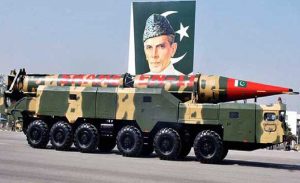 The 34-year-old asserted that he did not think the decision to summon Ambassador Donald Blome will negatively affect Islamabad’s relations with the Americans.

“We will continue on the positive trajectory of engagements we are having so far,” he said.

The controversy came just more than a week after Pakistan’s military chief, General Qamar Bajwa, made a trip to the US and held high-level meetings with US Secretary of Defense Lloyd Austin and National Security Adviser Jake Sullivan.

“(H)aving been prime minister, I know we have one of the most secure nuclear command and control systems,” he tweeted. 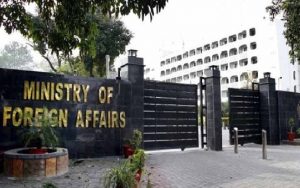 “Unlike the US which has been involved in wars, across the world, when has Pakistan shown aggression, especially post-nuclearisation?”

Khan said Biden’s statement showed that the current Pakistani government, led by Prime Minister Shahbaz Sharif was a “total failure” on foreign policy and “its claims of ‘reset of relations with US’”.

Sharif’s brother and former prime minister also criticized the US president’s remarks, saying that Pakistan was a “responsible nuclear state”.

“Pakistan is a responsible nuclear state that is perfectly capable of safeguarding its national interest whilst respecting international law and practices,” he said on Twitter.

During the previous decade, Pakistan has steadily moved towards its regional ally China for its economic and defence needs, resulting in a gradual cooling-off in its relationship with Washington.

The relationship between the two nuclear-armed nations worsened as Washington accused Islamabad of providing safe havens to Taliban leaders. Pakistan has repeatedly denied the allegations.

Khan was removed from power in April after an opposition alliance brought a no-confidence motion against his government. The former cricketer-turned-politician has accused the US of conspiring with the opposition.