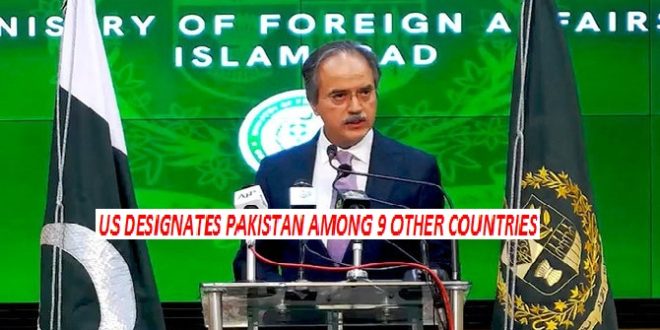 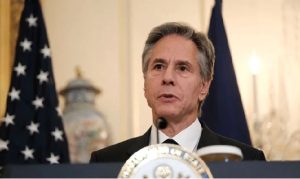 ISLAMABAD/ WASHINGTON: Pakistan rejected the US State Department’s assessment under the US domestic legislation on religious freedom, terming it arbitrary and selective.

The designation of Pakistan as a “Country of Particular Concern” is completely against the realities on the ground and raises serious doubts about the credibility of this exercise, Foreign Office (FO) spokesperson Asim Iftikhar said during his weekly press briefing.

Each year the US secretary of state identifies “governments and non-state actors, who, because of their religious freedom violations, merit designation under the International Religious Freedom Act”, a statement by US Secretary of State Antony J Blinken said.

The US secretary of state has placed Pakistan and several other countries on the list for allegedly “having engaged in or tolerated systematic, ongoing, and egregious violations of religious freedom”.

Iftikhar noted that such subjective designations do not contribute towards promoting the cause of religious freedom worldwide.

“Pakistan and the US have been constructively engaging on the subject at the bilateral level, a fact regrettably overlooked by the US,” the spokesperson said. 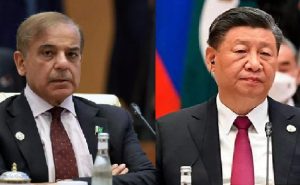 “Pakistani society is multi-religious and pluralistic with a rich tradition of inter-faith harmony. Religious freedom and the protection of the rights of minorities are guaranteed by our constitution and ensured through a range of legislative, policy, and administrative measures,” he said.

Iftikhar highlighted that the glaring omission of India, where the RSS-BJP regime and their leaders openly disregard religious freedom and discriminate against minority communities in an institutionalized manner, is unfortunate and puts the credibility of the US report into question.

“State complicity in organized violence against the Muslim minority in India is a matter of record,” the spokesperson said.

Iftikhar said it was no secret that attacks by cow vigilantes and mob lynching of Indian Muslims take place regularly, with complete impunity for the perpetrators.

The findings and recommendations of the US Commission on International Religious Freedom, as well as the US 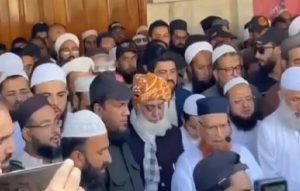 Congressional hearings on the maltreatment of minorities in India and the violation of religious freedom including in the Muslim-majority Indian occupied Jammu and Kashmir were ignored by the US State Department, he said.

‘Pakistan is sincerely playing its part’

“We believe the redressal of the rising trend of intolerance, discrimination, xenophobia, and Islamophobia requires global efforts based on the principles of cooperation and mutual understanding,” he said.

Pakistan is sincerely playing its part in this endeavor and will continue to do so, the spokesperson added.

Iftikhar said Pakistan was deeply concerned by the rising trend of violence against minorities particularly Muslims in India and the increasing constraints on religious freedom.

Pakistan condemns the restrictions imposed on offering Friday prayers, vandalisation of mosques, attacks against Muslims offering prayers, and sacrilege of Muslim places of worship, he said.

The detention of hundreds of activists under draconian laws for raising voices against widespread human rights violations of minorities in India has attracted global attention, Iftikhar said. 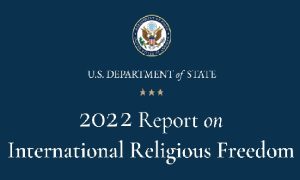 The spokesperson called on the international community, particularly the United Nations and relevant human rights and humanitarian organizations to fulfil their responsibilities to stop the rising Islamophobia and violent attacks against minorities particularly Muslims in India, and ensure their safety and security and the protection of their places of worship.

Earlier, the United States on Friday designated Pakistan, China, Iran and Russia, among others, as countries of particular concern under the Religious Freedom Act over severe violations, US Secretary of State Antony Blinken said.

Blinken in a statement said those designated as countries of particular concern which also include North Korea and Myanmar engaged in or tolerated severe violations of religious freedom.

Algeria, the Central African Republic, Comoros and Vietnam were placed on the watch list.

Several groups, including the Kremlin-aligned Wagner Group, a private paramilitary organization that is active in Syria, Africa and Ukraine, were also designated as entities of particular concern. The Wagner group was designated over its activities in the Central African Republic, Blinken said. 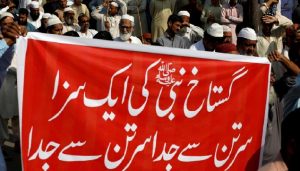 “Around the world, governments and non-state actors harass, threaten, jail, and even kill individuals on account of their beliefs,” Blinken said in the statement.

“The United States will not stand by in the face of these abuses.”

He added that Washington would welcome the opportunity to meet with all governments to outline concrete steps for removal from the lists.

Washington has increased pressure on Iran over the brutal crackdown on protesters. Women have waved and burned headscarves mandatory under Iran’s conservative dress codes during the demonstrations that mark one of the boldest challenges to the Islamic Republic since the 1979 revolution.

The United Nations says more than 300 people have been killed so far and 14,000 arrested in protests that began after the Sept. 16 death in custody of 22-year-old Kurdish woman Mahsa Amini after she was detained for “inappropriate attire.”

The United States has expressed grave concerns about human rights in the western Chinese region of Xinjiang, which is home to 10 million Uyghurs. 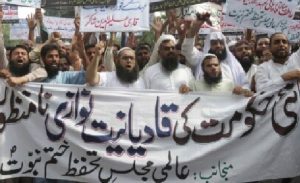 The United States has accused China of genocide. Beijing vigorously denies any abuses.

The other countries designated as countries of particular concern were Cuba, Eritrea, Nicaragua, Saudi Arabia, Tajikistan and Turkmenistan.

The US Religious Freedom Act of 1998 requires the president who assigns the function to the secretary of State to designate as countries of particular concern states that are deemed to violate religious freedom on a systematic and ongoing basis.

The act gives Blinken a range of policy responses, including sanctions or waivers, but they are not automatic.

Share
Previous Bhopal disaster’s perpetrators used ‘dummy’ firms to keep biz on
Next Europe would be in trouble without US: Finnish PM