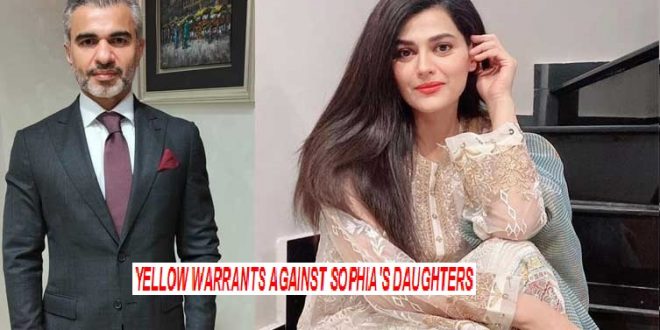 24-08-2022
By SJA Jafri + Bureau Report
LONDON/ DUBAI/ ISLAMABAD: The general secretariat of the International Criminal Police Organization (INTERPOL) on Tuesday confirmed that it had received requests from the Government of Pakistan to issue yellow warrants against minor daughters of actor Sophia Mirza and businessman Umar Farooq Zahoor. 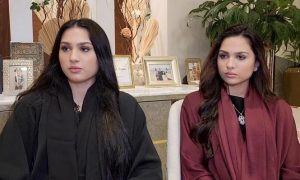 The Interpol confirmed that international arrest warrants for twins Zainab Umar and Zuneirah Umar were issued and their names were placed on Interpol’s database for international tracing and arrest.
This happened after two requests were received from the Federal Investigation Agency (FIA), one on April 30 and another in July 2020.
The requests were received on Mirza’s request, who allegedly wanted her daughters to be arrested by Interpol and taken back to Pakistan.
Interpol has confirmed to Geo.tv that the names of Zuneirah and Zainab have been deleted after an investigation found that the legal custody of both the daughters had already been granted to Umar as their father and legal guardian by the Shariah Court of Dubai.
The two letters issued by the general secretariat of Interpol’s Office of Legal Affairs confirm that Zuneirah and Zainab, both of whom are 15 years old, are no longer “subject to an INTERPOL Notice or diffusion”.
Yellow notices are specifically issued to help locate missing persons, often minors, or to help identify persons who are unable to identify themselves. 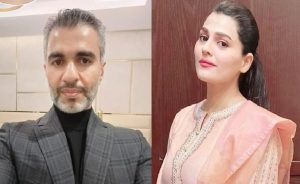 Zahoor and Mirza have been engaged in one of the longest running court battles of kids’ custody.
Similar warrants were issued in the past in 2010, but later got deleted after UAE authorities refused to extradite Umar Farooq Zahoor and his daughters.
It is also important to mention that Article 83(1)(a)(i) of the Interpol’s Rules on the Processing of Data specifically prohibits issuance of any warrants in family disputes and custody cases.
“After a thorough examination of the elements before it, the Commission found that the data challenged raised questions as to compliance with applicable rules. As a result, it considered that the retention of these data in the Interpol Information System was not compliant with Interpol’s rules and decided that they should be deleted. This decision was forwarded to the INTERPOL General Secretariat which has now deleted the data challenged from INTERPOL’s files,” the Interpol letter says.
“Additionally please be advised that the INTERPOL General Secretariat has informed all INTERPOL National Central Bureaus (NCBs) that in the application of the decision made by the 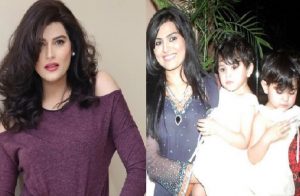 Commission for the Control of INTERPOL’s Files, the General Secretariat has deleted the data relating to Ms Zainab Umar and Ms Zuneirah Umar; all international police cooperation via INTERPOL’s channels in these cases would not be in conformity with INTERPOL’s Constitution and Rules,” the document states.
“The INTERPOL General Secretariat also urged all NCBs to update their national databases accordingly, as well as to verify that the same is done by all national entities that have access to INTERPOL information.”
The Interpol letter is addressed to Zahoor at his office on Burj Al Salam, Sheikh Zayed Road, Dubai, United Arab Emirates.
PMI had revealed earlier how in June 2020, Sophia (whose real name is Khushbakht Mirza) was helped by the FIA under Shahzad Akbar’s instructions to give her full support in her custody battle against her former husband who is based in Dubai.
A source in the FIA shared that the agency acted against the twins as it was under pressure from the top for action through Interpol. 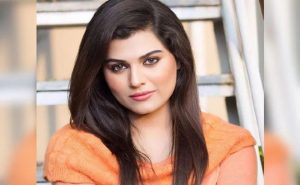 Although it is a private dispute between Zahoor and his ex-wife, the matter was taken to the federal cabinet by former prime minister Imran Khan’s accountability adviser Akbar for approval of the summary to initiate several actions against Zahoor.
The FIA Lahore chief Dr Rizwan started action against Zahoor and his name was placed on the Exit Control List (ECL), non-bailable warrants in one of the first information reports (FIRs) were obtained from the court without fulfilling the legal requirements, and on the basis of said non-bailable warrants, his passport and CNIC were blacklisted and red notices were issued through the Interpol by National Crime Bureau (NCB) Pakistan for arresting him.
However, it was disclosed for the first time that yellow arrest warrants for the arrest of twins Zainab and Zuneirah were also issued.
In an interview last week, the twins told Geo.tv that their mother allegedly planned to get them arrested and taken to Pakistan after asking them to meet in either Saudi Arabia or London. 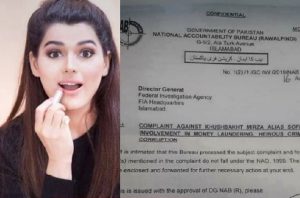 The mother says she needs custody of their two daughters but the daughters have come out saying they are happy to live with their father.
The teens have been living with their father for 15 years in Dubai as their parents had separated a few days after the birth of the twins. The model initially handed over the twins to her ex-husband through a court settlement but later started a custody case and the matter reached a UAE court which gave full custody to him.
Sophia didn’t respond to questions about the Interpol yellow notices. An FIA spokesperson confirmed that the investigation agency wrote to Interpol to issue yellow warrants for the minors.