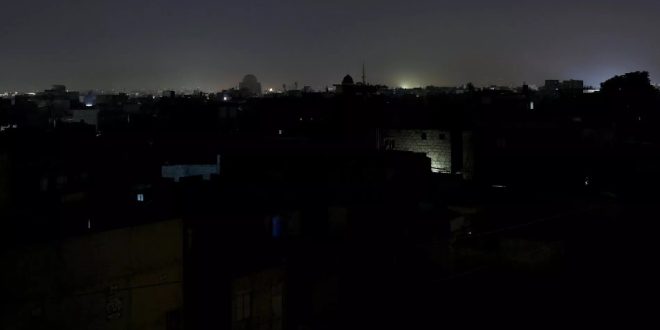 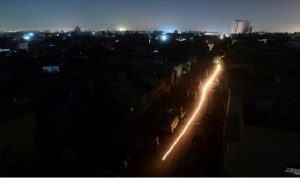 ISLAMABAD/ KARACHI/ LAHORE/ PESHAWAR: Pakistan has suffered a nationwide power outage due to a technical fault that left large swaths of the country, including the capital Islamabad, without electricity.

In a statement on Twitter, the energy ministry said the system frequency of the national grid went down at 7:34am (02:34 GMT) on Monday morning.

Power minister Khurram Dastgir Khan told a local TV channel that the national grid switches off power generation units temporarily at night during the winter to save fuel costs.

“However, this morning, when the systems were turned on at 7:30am one by one, frequency variation was reported in the southern part of the country between Jamshoro and Dadu,” he said, referring to the two towns in the southern Sindh province.

“There was a fluctuation in voltage and power generating units were shut down one by one due to cascading impact. This is not a major crisis,” he said.

Khan said restoration work could take up to 12 hours, adding that a limited number of power grids are back on. 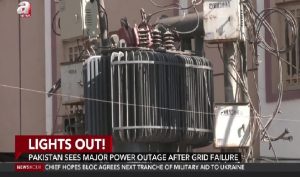 Speaking at a news conference in Islamabad later on Monday, the minister said authorities were working non-stop to fix the issue, with electricity partially restored in different parts of the country.

“Thankfully, the distribution system has not been affected, but we still need power to switch on the generation plants, which can only be done one by one,” he told reporters, saying that a three-member inquiry committee had been formed to investigate the cause of the outage.

Muhammed Pervez, a 54-year-old resident of Pakistan’s largest city, Karachi, earlier said his ailing father had been waiting for more than an hour to see a doctor as the power outage had shut down the electronic systems at a private clinic.

“Some bigger hospitals do have generators to support but for a smaller place, even getting a token for patient consultancy is taking time since everything is being done manually,” he told media.

Kamran Arshad, managing director of a Lahore-based textile company, said he had to shut his factory on Monday due to the power outage.

“We operate on 40 percent gas and 60 percent electricity but there is already a gas shortage, and with the power outage today, our factory operations are closed down for the day,” he said. 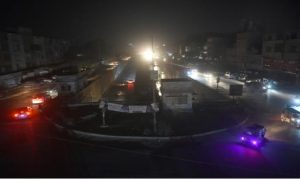 Arshad, who is also a senior official of All Pakistan Textile Mills Association, said the losses incurred due to the outage could be worth billions.

“Our own loss for one day of non-production is more than 20 million Pakistani rupees ($87,000). Across the industry, losses due to this breakdown are probably in billions of rupees,” he told media.

An official at Islamabad-based public hospital, the Pakistan Institute of Medical Sciences (PIMS), said the hospital had to switch off its operation theatres due to the electricity breakdown.

However, officials at Karachi’s Jinnah Postgraduate Medical Centre (JPMC), one of the largest public hospitals in Pakistan, said the outage would not affect work.

“We have ample backup which can allow us to work for more than five days uninterrupted,” JPMC spokesman Jahangir Durrani told media.

The power outage in the country of more than 220 million people came amid an ongoing economic crisis.

Earlier this month, the government passed a directive, asking markets and shopping centres to close by 8:30pm in order to save energy amid an escalating fuel crisis. However, the appeal was ignored.

This is the second time in the last four months that Pakistan was hit by a major power breakdown. The outage in October lasted for more than 12 hours and mainly affected the southern parts of the country.