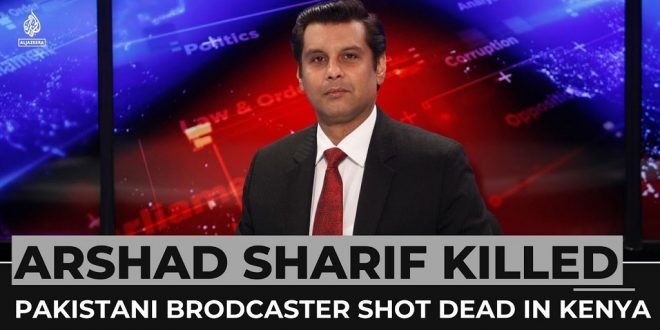 ISLAMABAD/ KARACHI: Pakistan’s Prime Minister Shehbaz Sharif has announced the formation of an inquiry committee that will travel to Kenya to investigate the circumstances behind the murder of investigative journalist Arshad Sharif, who was shot dead in Nairobi on Sunday night. 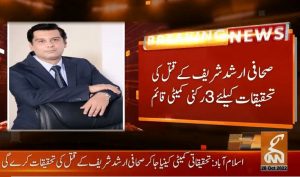 The two-member committee, consisting of senior officials from Pakistan’s federal investigating agency as well as a member from a civilian intelligence agency will submit its finding to the Interior Ministry, according to a notification issued on Wednesday.

The announcement of the investigative committee comes after calls were made within Pakistan as well as by the United Nations for a thorough investigation.

Stephane Dujarric, spokesman for the UN secretary-general, said in a press briefing on Monday that the circumstances behind the murder need to be investigated “thoroughly”.

“The results of the investigation must be shared quickly,” he said.

The Kenyan police have acknowledged the 49-year-old senior journalist was shot dead in what it called a “mistaken identity”. It has expressed its regret over the incident that has sent shockwaves in Pakistan.

Sharif was one of the country’s top news anchors with his show taking a critical look at the country’s powerful military, which has ruled for about half of Pakistan’s existence as an independent nation since 1947. 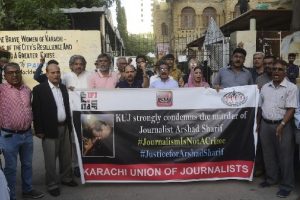 He fled the country in August after cases were filed against him for an interview with an opposition politician.

According to Kenyan authorities, the journalist was shot while he was travelling in a vehicle driven by his companion Khurram Ahmed, who was injured in the shooting. The vehicle was targeted by the police when it failed to stop at a checkpoint on the Nairobi-Magadi highway.

Sharif’s remains were brought back to the country in the early hours of Wednesday where it was received by members of his family, former colleagues, and supporters at the Islamabad airport.

Former Prime Minister Imran Khan said the killing of Sharif “highlighted an ongoing targeting of anyone who dares to criticise or question those holding power”.

The director general of the Pakistani military’s media wing Inter-Services Public Relations (ISPR), Major General Babar Iftikhar, said the military has requested the government to investigate the matter so that all the speculations can be put to rest.

“It is very unfortunate that people engage in allegations without any evidence to back them up. I think an exhaustive investigation should be carried out to deal with these things,” he said, referring to social media speculations linking Sharif’s murder to the military.

Pakistan has a history of media suppression and violence against journalists and critics often blame the military.