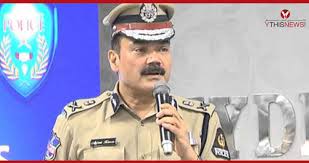 In a pressnote today, the CP said accused Sunil has been indulging in snatchings and extortion under the limits of Hyderabad and Cyberabad Police Commissionerates. He committed six offences and creating panic among the general public disturbing peace and social harmony in the society.

The CP stated that the SR Nagar Police arrested accused Sunil on October 29, 2018  and remanded him to judicial custody. The preventive detention order was executed on him on January 19 and was lodged in Chanchalguda, Central Prison. (PMI)