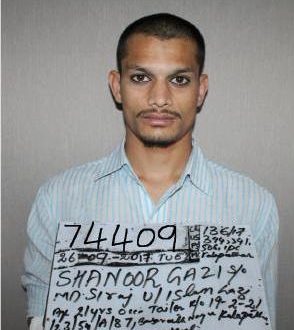 Police said in a press note today that Mohammed Shah Noor Gazi aged about 22 years, Occ: Tailor, r/o  Basharath Nagar,  committed offences of murders and attempt to murder in the limits of Hyderabad and Cyberabad Police Commissionerates. The accused has committed three offences in the recent past and has been creating large scale fear, terror and panic among the general public, thereby adversely affecting the public order, apart from disturbing the peace, tranquility and social harmony in the society.

Hussainialam police made strenuous efforts and arrested the accused on April 6, 2018  and remanded him to judicial custody. He was released from jail on bail on  in July 2018. After his release from jail, he again committed two more offences in  Mailardevpally Police Station and was arrested on  November 16,  under  Mailardevpally PS. The Preventive Detention Order was executed on him on March 2, 2019 and he was lodged in Central Prison, Chanchalguda, the press note added. (PMI)