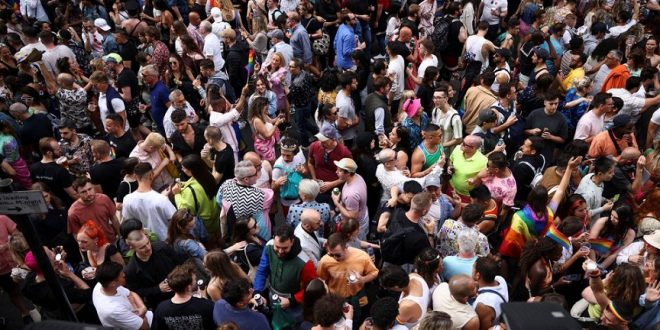 Over a million pack London’s streets for Pride parade

LONDON: More than a million people flocked to central London on Saturday for a record-breaking 50th-anniversary Pride parade. 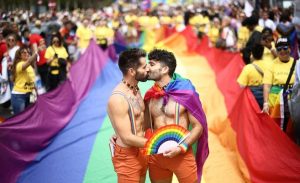 The three-hour-long parade, headed by veterans of the LGBT movement who took part in Britain’s first Pride march, retraced part of the original route of 1972. Organizers said there had been 30,000 participants,

The first Pride had seen a few hundred marchers met by a heavy uniformed police presence, but this time revelers wearing face paint and waving rainbow flags were cheered on by a record crowd that, according to London Mayor Sadiq Khan, numbered over a million.

“Fiftieth anniversary and what, in my heavens, what a milestone! What a difference in society between then and now,” said John Clark, a council worker who watched the parade from the sidelines. (Int’l News Desk)