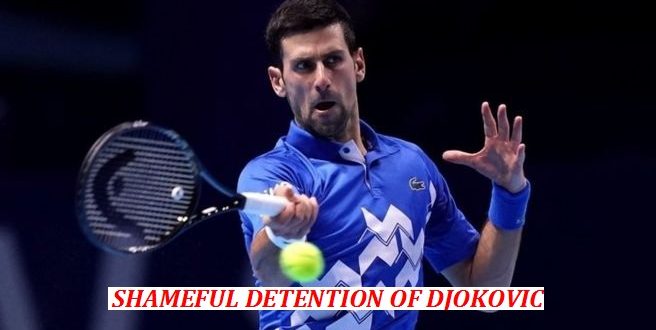 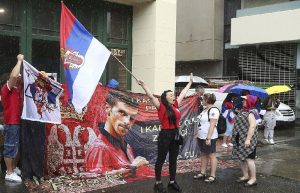 MELBOURNE: Once again, the Press Media of India (PMI) is being exposed an occupied state after Kingdom of Saudi Arabia (KSA), the second world’s worst ‘Human Rights Violator’ known as Australia, a so-called ultramodern, highly educated, civilized, self-made & self-declared and one of richest countries which still exists on earth regrettably and unfortunately as the PMI has been highlighting since last three decades through its impartial, quite natural and damp professional style with irrefutable, indisputable and inerasable evidence and proofs along with the claims, challenges, statements, references and examples comparisons of victims, experts, critics, intellectuals, aggrieved persons and sources.

Australia consisted on fistful people has been becoming unnecessary smart and trying to involve herself in other’s issues mainly non-concerned matters, it never focused on country’s and nation’s real subjects like immigration policies, human rights, ethics, civics, health, politics, infrastructure, medicines, judiciary, even education & literacy and because of this needless smartness, over 7.5 billion people of the globe hate Australia as well as its nation especially native Aussies, sources firmed.

Anti-refugees and anti-Islam even anti-human Australia believes on selfishness and declared as opportunist like a wild dog now has started to teach others about cultural, religious, ethical and 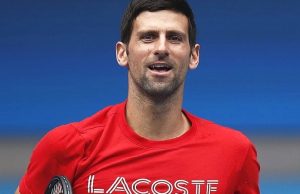 social values rather than to learn itself and to straight its own way and path and to respect refugees, migrants, homeless needy and poor people particularly those are detained in country as well as other areas/ islands and living worse their lives than animal since a long as PMI exposed them earlier, sources compressed.

According to the information, world-renowned tennis player Novak Djokovic is being held for the third day on Saturday in Australian immigration detention, after his visa was cancelled when he arrived in the country on Wednesday.

The athlete claimed to have obtained a COVID vaccination exemption prior to flying to Australia but the Australian Border Force barred his entry, saying that he “failed to provide appropriate evidence to meet the entry requirements”.

As a result, Djokovic has been detained at Melbourne’s Park Hotel, also known as an Alternative Place of Detention (APOD) for refugees and asylum seekers that became notorious as a hotspot for COVID-19 infections among its longtime residents.

Many of the refugees in the hotel have been held there for almost three years, after they have been indefinitely denied visas to Australia because they arrived in the country by boat. 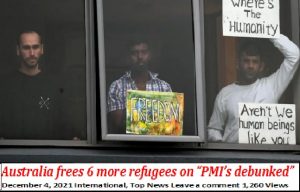 Amid the furore over the top tennis player’s COVID vaccine exemption and his ensuing detention, refugees and asylum seekers have found an unlikely figure to highlight their plight. They are urging Djokovic to lend his celebrity status to shed light on their situation and advocate for their freedom.

“This is (the) time the world can see how we are treated,” said Jamal, a refugee and prisoner at the Park Hotel for one year. He had come to Australia by boat in 2013 and his status remains unresolved more than eight years after his arrival.

Amin Afravi, another refugee held at a separate detention centre in Brisbane, said Djokovic has the opportunity to help refugees fight for their freedom.

“My message to him is to speak up … and to encourage other people, other countries, his country and each and every one of the media (outlets) to … keep speaking up for us,” said Amin, an Ahwazi Arab refugee from Iran.

‘It’s torture to us’

It was in 2013, when the Australian government first made a series of agreements with its South Pacific neighbors, Nauru and Papua New Guinea, to detain any asylum seekers who arrived by boat. The agreement also bans the refugees from resettling in Australia permanently. 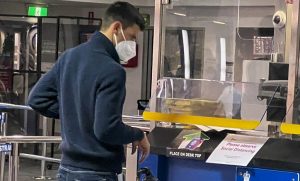 Six years since that agreement, many of those asylum seekers who were eventually recognized officially as refugees, were medically evacuated to mainland Australia and are held in detention centres around the country, including in Melbourne and Brisbane, until today.

One such refugee is Ismail Hussein, who has been detained in “a room” at Melbourne’s Park Hotel. In an interview, he described his plight inside the hotel for the past year.

The worst part, he said, is “not having any freedom of movement”.

“You can see through the window. People moving on with their lives …and its torture to us. Torture to us,” he said. “You know, all we want is the same thing that normal people do but without reason it has been taken away for nine years.”

According to Hussein, the food is “awful” and “mostly inedible”.

“Sometimes there (are) maggots, sometimes there [are] other insects,” he said. “Sometimes it smells so bad. And, you know, a number of times it gave us diarrhoea and stomach aches.” 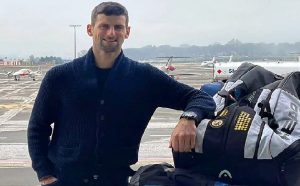 Jamal, the refugee also staying at the Park Hotel, said the only part of the building that has an open space is the smoking area, “which is harmful to our body, so we are locked inside the walls” of the building.

“The hotel itself having smell, (sometimes) the smell get that much worse that u can’t breathe,” he told media in writing. “I get (suffocated) I can’t breathe. I get nightmares of this detention and security” because of the “indefinite” nature of the detention, “every one of us” has developed “depression, anxiety, self-harm, destruction,” said Jamal, who asked journalist to be identified only by his first name.

‘Uncertainty is killing us’

Even before they arrive at the hotel, refugees are already subjected to mistreatment, according to Alison Battisson, head of Human Rights for All. She represents several refugees held in the Park Hotel.

“(They’re) in an unmarked van with blacked-out windows … that is how they all arrive at the Park (Hotel). They would arrive without any belongings or any medication, and often without any means of communication,” she told media. 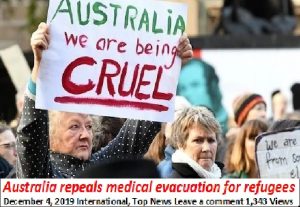 “The uncertainty is what is killing us,” Park Hotel resident, Hussein, said. “We don’t know how long we have to wait.”

“Sometimes even I can’t differentiate if it’s a day or night. Just lying on the bed.”

In October last year, COVID tore through the hotel, infecting more than half of the refugees being held inside.

When Hussein got infected, he said it was his “happiest day for the last years”.

“Because I was thinking, at least there is a reason that I can die without harming myself,” he said.

The suffering does not end with the Park Hotel. Almost 60 other refugees who were medically evacuated to Australia with Jamal and Hussein remain in detention centres around the country. 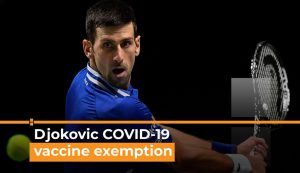 Amin, the refugee detained in Brisbane, described to media his situation as “cruelty, torture to death and (a) slow death”.

“You don’t know your future, you don’t have idea how long you’re going to stay in detention, and nobody’s gonna answer your questions,” he explained. “You are thinking every single day: What you have done wrong?”

It is “traumatizing”, he said as he pleaded for Djokovic for help.

The current outcry over Djokovic’s situation, however, has eclipsed the plight of the refugees, musician and refugee advocate Dawn Barrington said.

Since Thursday, when Djokovic was taken to the Park Hotel, crowds have formed against his detention, Serbia’s foreign ministry has made a “verbal protest” and his family has lashed out, calling him “a prisoner” in the Australian system.

“It’s got such headline news with all the stations and even overseas news,” Barrington told media. “And yet, keeping people arbitrarily detained and taking away all their human rights, including kids, for long periods of time has never been headline news.” 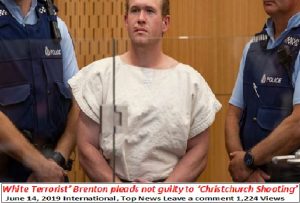 Barrington says she has asked the Australian government what the plan is for the refugees.

Battisson, of Human Rights For All, said the Djokovic controversy scandal is the “perfect opportunity” for the Australian government to “pivot and create a much more humane immigration and detention regime”.

Hussein said he has developed post-traumatic stress disorder, anxiety and insomnia from his long detention. He has also been destroyed physically, he said.

“Now I have high blood pressure. I have diabetes, I have liver problem. There’s things that I have to live with for the rest of my life (that) I didn’t have before I came here.”

He asked the Australian government to “please let us go, before we are finished”.