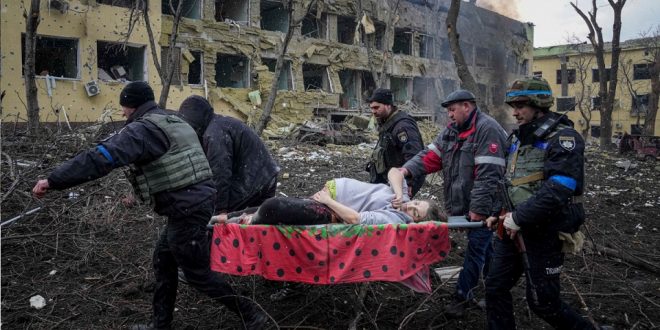 KYIV: UN Chief Antonio Guterres announced Monday the world body was seeking a humanitarian ceasefire in Ukraine, with its aid chief Martin Griffiths soon to head to Moscow and Kyiv to try to secure a truce. 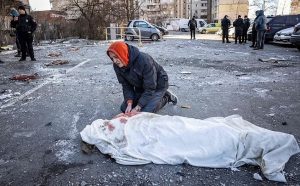 Ukraine said Monday that over 5,000 people have died in the “catastrophic” humanitarian crisis gripping pulverized Mariupol, as fighting raged around Kyiv including in a strategic suburb where defenders claim to have driven out Russian invaders.

Multiple cities in Ukraine remained under crushing Russian bombardment on the eve of new face-to-face peace negotiations Tuesday in Turkey, as Kyiv – and its allies in the West seek to end the month-long war.

In the besieged southern port of Mariupol at least 5,000 people have already been buried, according to a senior Ukrainian official who said as many as 10,000 may have died, appearing to confirm the darkest scenarios of devastation in the city.

“The burials stopped 10 days ago because of continued shelling,” Tetyana Lomakina, a presidential adviser now in charge of humanitarian corridors, told AFP by phone Monday.

Russian attacks near Kyiv cut power to more than 80,000 homes, officials said, underscoring the peril facing the capital despite an apparent retreat in Moscow’s war aims to focus on eastern Ukraine. 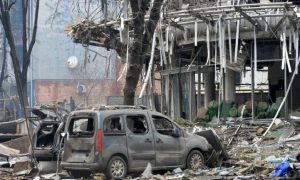 “To capture Kyiv is essentially a captured Ukraine, and this is their goal,” warned Ukraine’s deputy defence minister Ganna Malyar, who said Russia was “trying to break through the corridor around Kyiv and block transport routes.”

AFP journalists said heavy shelling continued to be heard on the road leading to Irpin, however, as residents including 86-year-old Olga Molchanova evacuated from the devastated commuter town.

“I just pray to God for salvation. I pray every day for the soldiers who defend us. Let them have courage,” Molchanova cried after reuniting with her daughter Agnesa Brovkina who described hellish conditions in Irpin.

“My mother was deafened by a rocket. All the time, non-stop, shelling. All day and night, bombing, shelling, all of it,” said Brovkina, a 62-year-old office worker. 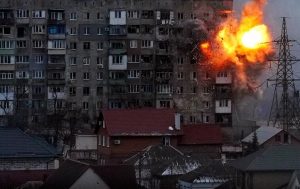 Kyiv’s forces also Monday recaptured Mala Rogan, a hamlet on the outskirts of Ukraine’s second-largest city Kharkiv in the northeast.

“There are Russian corpses all over the place,” a Ukrainian soldier told AFP, saying more than two dozen Russian soldiers had been killed in the fight

UN chief Antonio Guterres announced Monday the world body was seeking a humanitarian ceasefire in Ukraine, with its aid chief Martin Griffiths soon to head to Moscow and Kyiv to try to secure a truce.

Ten million Ukrainians have fled their homes since the invasion a month ago, and President Volodymyr Zelensky says as many as 20,000 people may have died nationwide.

Russia stands accused of indiscriminate shelling of civilian areas – something Kyiv and its Western allies have branded a war crime. (AFP)