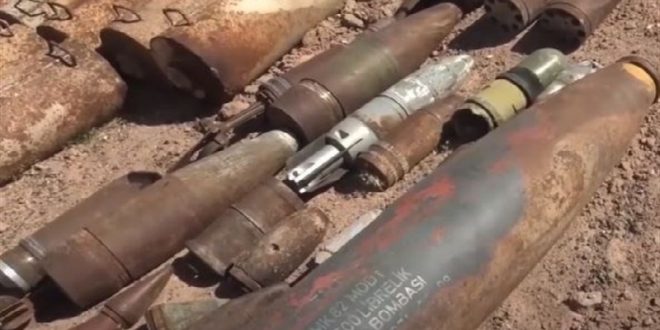 ‘Over 3 million cluster bombs dropped on Yemen since 2015’

SANA’A: The Saudi-led coalition has dropped more than 3 million cluster bombs on Yemen since the start of the devastating war in March 2015, according to the director general of the Yemen Executive Mine Action Centre (YEMAC). 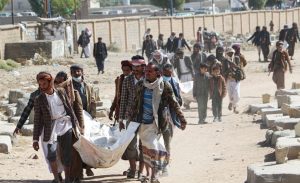 Speaking at a ceremony in the Yemeni capital city of Sanaa on the occasion of the International Day for Mine Awareness and Assistance in Mine Action, Brigadier General Ali Safra said cluster munitions have been collected in 15 provinces and 70 districts, stressing that the Yemenis have detected 15 types of them used in air raids, Al-Manar reported.

According to Safra, since the withdrawal of Saudi-backed mercenaries from Hudaydah in November, there have been 42 cluster bomb injuries.

The YEMAC chief also slammed efforts by some foreign groups to underreport the number of cluster bomb victims in Yemen, claiming that such ruses are intended to vindicate the Saudi-led coalition while distorting facts. 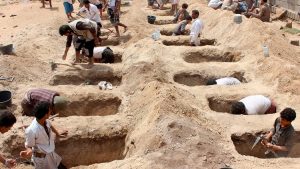 Cluster bombs are banned under the Convention on Cluster Munitions (CCM), an international treaty that addresses the humanitarian consequences and unacceptable harm caused to civilians by cluster munitions through a categorical prohibition and a framework for action.

Furthermore, the Saudi-led military coalition’s soldiers and their mercenaries have breached a truce deal for Hudaydah 119 times in the last 24 hours.