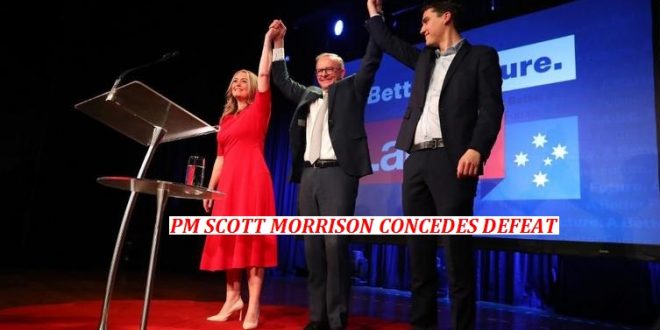 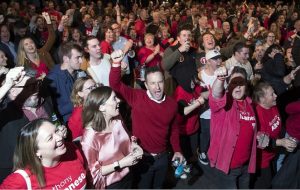 CANBERRA/ SYDNEY/ MELBOURNE: Anthony Albanese’s opposition Labor party has won Australia’s election but with votes still being counted it remained to be seen if it would achieve a parliamentary majority.

“Tonight I have spoken to the leader of the opposition and the incoming Prime Minister Anthony Albanese, and I’ve congratulated him on his election victory this evening,” Morrison said at a televised speech in Sydney.

He added he would stand down as leader of the Liberal party.

Labor had so far secured 72 seats to the coalition’s 51, ABC projections indicated. Parties need to win at least 76 seats to secure an outright majority.

It is still unclear if Labor can win outright or will instead secure a higher number of seats in a hung parliament. 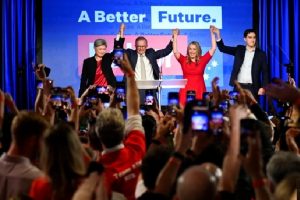 The results have been notable for a strong performance by independent candidates, many of whom ran in traditional Liberal seats and campaigned on the issue of climate change.

If Labor cannot secure an outright victory then Australia will have a hung parliament for the first time since 2010. Prior to that, the last hung parliament occurred in 1940.

Labor has led opinion polls throughout the six-week campaign, but the gap has narrowed with Morrison’s coalition making up ground ahead of Election Day.

Morrison aimed to become the first prime minister to win two elections in a row since John Howard in 2004. Labor party clinched its first electoral win since 2007.

Voting is compulsory in Australia and just over 17.2 million people have enrolled to vote, according to the Australian Electoral Commission (AEC).

Record numbers of voters cast their ballots at early voting centres or via postal votes, and more than half of the total votes had been cast by Friday evening, according to the commission.

Polls closed across the country at 6pm (08:00 GMT) in Sydney and 10:00 GMT on the west coast. The final results could be known as soon as Saturday evening. 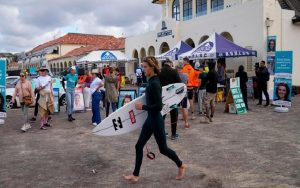 Narrowing polls and the emergence of independent candidates have raised the possibility of a hung parliament.

Anything less than 76 seats in the lower house means the winner will need to negotiate with smaller parties and independents in order to try and form a minority government.

Australia uses a preferential voting system rather than the simple majority employed in countries like the United Kingdom and the United States, and voters rank their candidate choices on the ballot paper.

The campaign has focused heavily on the rising cost of living, with Australia experiencing its highest inflation rate in 21 years, and the central bank raising interest rates for the first time since 2010.

Morrison argued his handling of the economy was a major reason for voters to back him again, pointing to record low unemployment rates.

He also proposed a scheme to allow young people early access to their retirement funds to help them buy their first property. 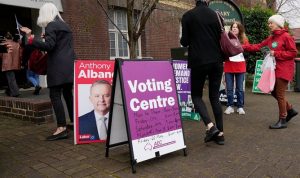 Labor, meanwhile, attacked the government’s economic record, highlighting how wages are not growing quickly enough to meet the increased cost of living.

“As a recent grandfather I am concerned about the future generations and the economic policies of the major parties aren’t addressing that,” Brian Silver, a teacher voting in Sydney told media.

The rising cost of living is filtering into all areas of life, with voters concerned about the effects on their everyday expenditure.

“Childcare is a key issue for me. I really need it, I need to know it is available but it is just so expensive”, said Lauren, who preferred only to share her first name, outside a polling station in North Sydney.

The country has seen its effects first hand, with Morrison’s time in charge dominated by extreme bushfires in 2019-20 and recent catastrophic flooding in Queensland and New South Wales. 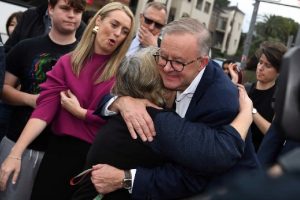 Many of the independent candidates in the election have campaigned solely on the basis of climate change, offering different solutions to the problem compared with the two main parties.

“Climate change is something we really need to look at, especially getting electric cars into Australia. We need a fast uptake of them and we need charging stations to be created. That is something the government can do,” Tim, who preferred only to share his first name, told media ahead of voting in North Sydney.

A high number of independent candidates are running in traditionally Liberal seats, with high profile and well-funded campaigns raising their profiles.

“I really like her policies when it comes to climate change, I think she is really progressive. Whereas Scott Morrison, it just always feels like he is caring for himself and his own back and not putting the population first.”

Attitudes and policies towards Indigenous peoples are also on the agenda at this election, with Aboriginal groups continuing to demand land rights and recognition as the nation’s first people in the constitution. 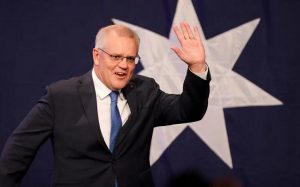 It is an issue which could also add to the drift away from the two main parties.

“Whilst both Liberal and Labor point fingers at one another over who is doing the least for First Nations people, the minor parties such as The Greens and the newly formed Indigenous Party of Australia are offering more tangible-practical policies and solutions to effect change to our most marginalized and oppressed communities around the country,” said Indigenous activist Lynda-June Coe.

On the eve of Election Day, a number of high-profile Australian newspapers endorsed either Morrison or Albanese.

There was support in the more right-wing and business press for Morrison and his Liberal-National coalition, with both The Australian and The Australian Financial Review calling for the prime minister to be re-elected, with the latter describing him as “Australia’s best bet”.

Meanwhile, The Age newspaper, based in the second biggest city of Melbourne, gave its backing to Labor in an editorial titled; “For integrity’s sake, Australia needs a change of government.”