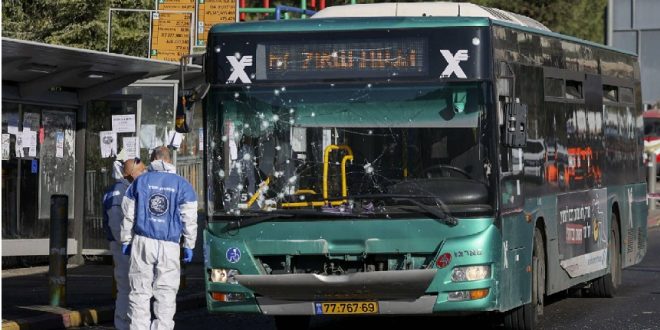 One dead, 14 injured in two explosions in Jerusalem

JERUSALEM: At least one person was killed and 14 others injured in two separate explosions that rocked Jerusalem city, according to Israeli officials. 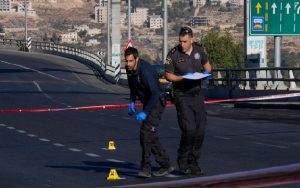 Israeli police said that the incidents on Wednesday morning are suspected of being Palestinian attacks.

The explosions came hours after a 16-year-old Palestinian teenager was killed by Israeli forces in the occupied West Bank city of Nablus, according to Palestinian officials.

The first explosion took place at about 7am (04:00 GMT) near an Israeli bus station along a highway on the western entrance into Jerusalem that is usually packed with commuters.

Seven people were injured in the first explosion, according to medics, with at least two in a serious condition.

The second explosion, which officials described as “controlled,” took place less than half an hour later at the Ramot junction, in northern Jerusalem. Officials said five people were slightly injured from shrapnel.

Reporting from Ramot, Alan Fisher said police believe the first incident was caused by “explosives packed inside a bicycle left at a bus stop”. 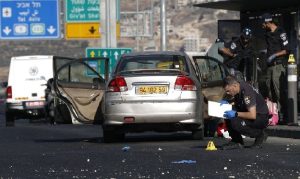 Both explosions are believed to have been activated from a distance.

Israeli authorities have shut down major roads and set up checkpoints in the eastern and western parts of Jerusalem as they conduct an investigation into the explosions and search for suspects.

Based on a decision by the defence minister, the Israeli army also announced the closure of two key checkpoints in the Jenin area, Jalameh and Salem.

The Israeli police commissioner said the kind of attack that took place in Jerusalem “has not been seen for years,” and that authorities are searching for the assailants. He added that police are searching for more possible explosives in the city.