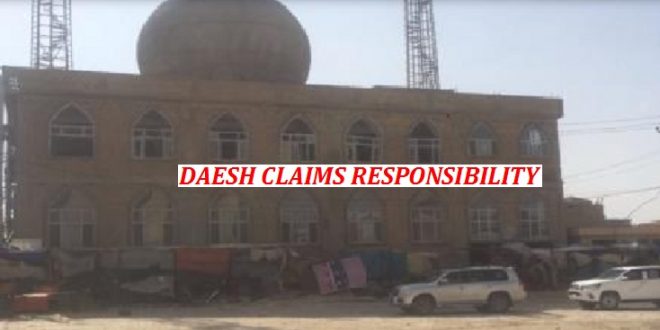 Once again, another Shia mosque bleeds in Afghanistan 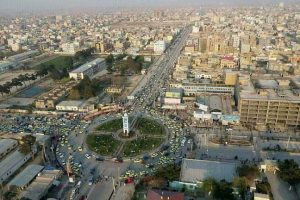 KABUL/ ISLAMABAD: Once again, another Shia mosque started bleeding with Shia Muslims in Afghanistan when Daesh (included ISIS/ ISIL/ TALIBAN/ AL-QAEDA/ IS/ TTP/ TTA/ LeJ/ SSP/ JeM/ and dozens other anti-Shia organizations and groups) pressed a device of extraordinary powerful explosive like they have been pressing during last over thirty years as PMI and Messenger have been reported but neither any so-called, educated, civilized and modern country (especially Australia) across the world accept PMI and Messenger reporting nor any local, national or international media outlet is allowed to report truth just because of self-created, one-sided and traditional as well as religious jealousy, enmity, malice and grudge, sources confirmed PMI.

According to details, a powerful explosion has ripped through a Shia mosque in Mazar-i-Sharif, northern Afghanistan, causing dozens of casualties, according to officials.

“Preliminary reports confirm there are at least 89 casualties,” Zabihullah Noorani, head of Balkh 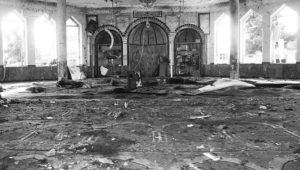 Dr Ghawsuddin Anwari, head of the main hospital in Mazar-i-Sharif, told The Associated Press news agency the blast killed at least 10 worshippers and wounded another 40.

He said the victims were brought to the hospital from the mosque in ambulances and private cars.

An ISIL (ISIS) affiliate known as the Islamic State of Khorasan Province (ISKP or ISIS-K) claimed responsibility for attack.

Earlier on Thursday in the capital, Kabul, a roadside bomb exploded and wounded two children.

Kabul police spokesman, Khalid Zadran, said in a tweet the bomb went off in the median strip of a road in a western area of Kabul in a mostly Shia neighborhood. 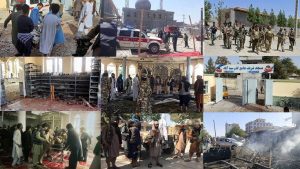 Separately on Thursday, at least four people were killed and 18 wounded by a blast in Kunduz city.

In the meantime, two more separate blasts occurred on Thursday, one in Kabul while the other one in in Kunduz city in Kunduz province.

The first blast occurred in PD5 of Kabul, and two children were slightly wounded, according to the Ministry of Interior.

The second blast hit the mosque of Seh Dokan in Mazar-e-Sharif, capital of Balkh province. 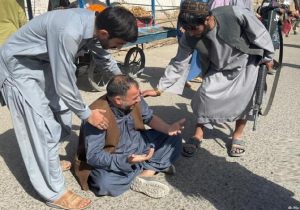 Based on initial figures of Ghousuddin Anwari, head of the Abu Ali Sina-e-Balkhi District Hospital in Mazar-e-Sharif, at least 5 people have died and 85 have been injured in the blast.

Security forces said an investigation into the blast is underway.

Meanwhile, a spokesmen for the provincial department of security in Kunduz, Obaidullah Abidi, confirmed that a blast occurred in the Sardawar area of the province’s capital city. Information about casualties from the Kunduz blast is not yet available.

(It’s a developing story, more news will be published as received and verified.)