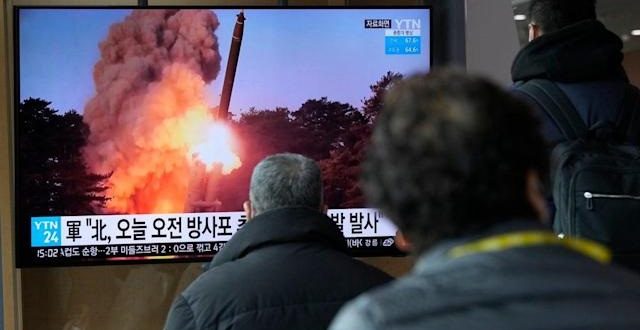 PYONGYANG/ SEOL/ WASHINGTON: North Korea has test-fired eight short-range ballistic missiles towards the sea off its east coast, a day after South Korea and the United States wrapped up naval drills in the Philippine Sea.

South Korea’s Joint Chiefs of Staff said the missiles were fired from the Sunan area of the North Korean capital, Pyongyang, on Sunday. 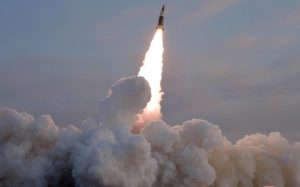 Japan’s government also reported that the North had launched a suspected ballistic missile.

The launch was North Korea’s 18th round of missile tests in 2022 alone – a streak that has included the country’s first demonstrations of intercontinental ballistic missiles in nearly five years.

South Korean and American officials say there are signs that North Korea is also pressing ahead with preparations at its nuclear testing ground in the northeastern town of Punggye-ri. The North’s next nuclear test would be its seventh since 2006 and the first since it claimed to have detonated a thermonuclear bomb to fit on its ICBMs in September 2017.

The NSC meeting conclued that the missile launch was North Korea’s “test and challenge” of the security readiness of South Korea’s new administration, which took office last month, the president’s office said in a news release. 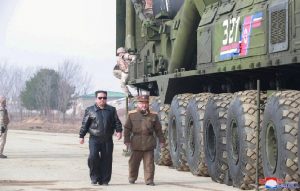 The three men had met in Seoul on Friday and had pledged to prepare for “all contingencies” should North Korea test a nuclear weapon.

In Tokyo, Japanese Defence Minister Nobuo Kishi said the North had launched multiple missiles, and that the act “cannot be tolerated”.

He said at a briefing that at least one missile had a variable trajectory, which indicates it could manoeuvre to evade missile defences.

The US Indo-Pacific Command meanwhile said in a statement that North Korea’s multiple ballistic missile launches highlighted the destabilizing impact of its illicit weapons program but that the event did not pose an immediate threat. 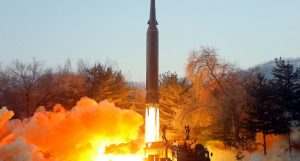 Michael Duitsman, with the US-based James Martin Center for Nonproliferation Studies (CNS), said it appeared to be the largest single test ever by North Korea.

A large number of missiles also suggests a military drill or show of force, rather than a test of new technology.

The latest volley comes after South Korean and US ships concluded three days of drills in international waters off the Japanese island of Okinawa, including air defence, anti-ship, anti-submarine, and maritime interdiction operations.

The combined drills were the two countries’ first exercises involving an aircraft carrier since November 2017. They came after Yoon, who took office on May 10, agreed with US President Joe Biden to increase bilateral military drills to deter Pyongyang. (Int’l News Desk)