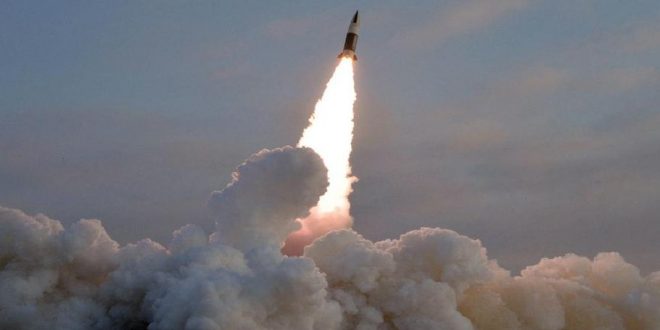 North Korea has fired a ballistic missile over Japan, the fifth launch in 10 days, amid expectations that it is gearing up to test its first nuclear weapon in five years.

The missile, detected by the Japanese coast guard and South Korea’s Joint Chiefs of Staff, prompted warning sirens in northern Japan with residents advised to take shelter. Train services in the northeastern Hokkaido and Aomori regions were suspended temporarily. 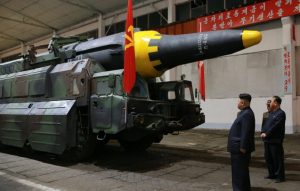 It was the first North Korean missile to fly over or past Japan since 2017, and Japanese Prime Minister Fumio Kishida condemned what he called a “barbaric” act.

South Korean President Yoon Suk-yeol, meanwhile, warned of a resolute response following the launch, according to a statement from the presidential office.

“(The NSC) made it clear that continued North Korean provocations cannot be tolerated and that there would be a price to be paid,” the statement from Yoon’s office said, adding that Seoul would seek various deterrence measures against North Korea, including strengthening sanctions.

Officials in Tokyo and Seoul said the missile flew during 4,500 to 4,600km (2,800-2,850 miles) to a maximum altitude of about 1,000km (620 miles). Launched from the north of the country near the border with China, the weapon was in the air for about 22 minutes before falling into the Pacific Ocean. 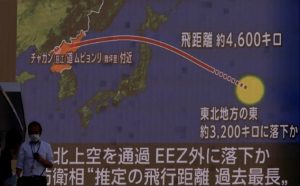 While Tokyo said it had taken no steps to shoot the missile down, Defence Minister Yasukazu Hamada said it had not ruled out any options, including counterattack capabilities.

The United States said National Security Adviser Jake Sullivan and Secretary of State Antony Blinken had held calls with their counterparts in South Korea and Japan and that it strongly condemned the “dangerous and reckless” decision to send a missile over Japan. 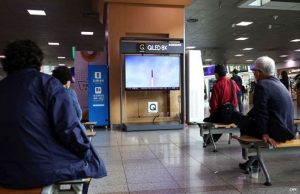 Blinken reassured Seoul and Tokyo that the US commitment to their defence remained “ironclad”.

In response to the launch, eight US and South Korean warplanes practised bombing a target in the Yellow Sea later on Tuesday.

South Korea’s military said that it mobilised four F-15K fighter jets and dropped a pair of guided bombs on a target off its west coast, in what it called a demonstration of precision strike capability against the source of North Korean provocations.

The US sent four F-16 fighter jets to participate in the drills. (Int’l Monitoring Desk)