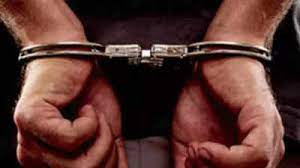 Hyderabad: A Nigerian national who was allegedly selling cocaine was arrested by the sleuths of the Prohibition and Excise Department on Saturday. The officials seized 178 gm of cocaine from him.

According to T Laxman Goud, SHO Hayathnagar P&E station, Godwin Ifeanyi (32) from Nigeria and staying at Vanasthalipuram here in the city, bought cocaine from some persons in Bengaluru and was selling it to customers at Rs. 10,000 per gram.

Enquiries revealed that he was over staying and had obtained around 400 SIM cards in last three months through fraudulent methods to carry out his illegal activities.

On specific information, the Hayathnagar P& E officials along with the State Task Force caught him at Vanasthalipuram while he was in possession of the drug and intended to hand over to some customers.

He was previously arrested in connection with a drug case by the Dhoolpet Prohibition and Excise officials.