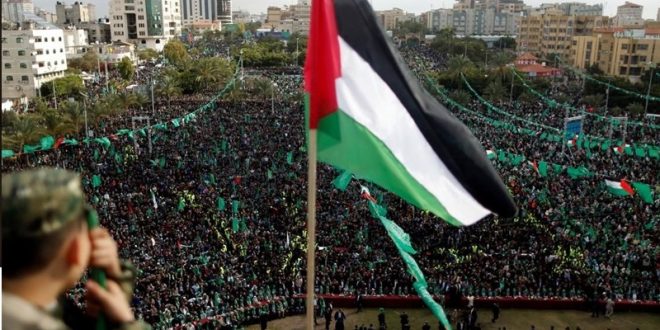 Next battle with Israel will ‘open up gates of hell’: Hamas

GAZA/ JERUSALEM: The Palestinian resistance movement Hamas warned that any confrontation with Israel in defense of the al-Aqsa mosque compound and other sacred sites in the occupied al-Quds will be “a game-changer” that will “open up gates of hell” to Israel. 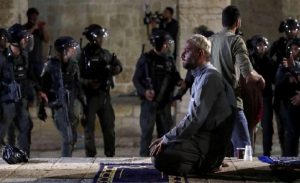 “The 11-day Operation Sword of al-Quds between the Gaza-based Palestinian resistance groups and the Zionist regime (in May 2021) was a prelude to a longer fighting, for which we were prepared,” Hamas deputy political chief Saleh al-Arouri said in an interview with Lebanon’s al-Mayadeen television news network on Monday evening.

He added, “The next confrontation with the Israeli occupation for the defense of al-Quds will be much broader and more popular. It will be a game-changer in the history of the conflict with the Tel Aviv regime.”

Arouri underscored that “any Israeli aggression against Palestinian worshippers at the al-Aqsa mosque compound will escalate the ongoing tensions.”

“Restrictions on the worshipers and preventing them from reaching the al-Aqsa mosque compound during the holy fasting month of Ramadan will open up the gates of hell to the occupying Israeli regime,” the top Hamas official noted. 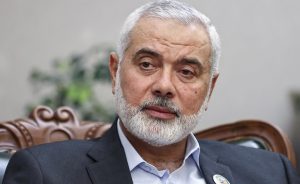 “Any Israeli aggression against worshipers at al-Aqsa will create more tensions,” Arouri said, warning that “the Israeli occupation is now facing the test of al-Quds and al-Aqsa. It is now the time for the occupiers to learn the lesson that al-Quds, its holy places, and the al-Aqsa mosque are a red line to us.”

Commenting on Palestinian prisoners’ hunger strike, he said, “We have informed relevant parties that there will inevitably (lead to the) explosion of the status quo in the occupied territories as we enter Ramadan and the detainees continue their strike.”

Arouri then pointed to the latest operations in the southern Israeli city of Beersheba and the northern city of Hadera, stating that they “represent an outright rejection of attempts aimed at the obliteration of the Palestinian cause and the nation’s identity. Our resistance fighters are constantly engaged in the struggle against the Israeli occupation.”

He also highlighted that there are “constant, declared, and undeclared meetings” between officials from his group and those of the Lebanese Hezbollah resistance movement. 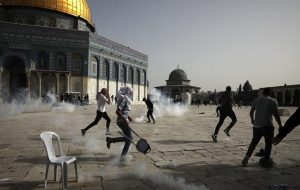 “Not only there exists serious dialogs and responsible cooperation between Hamas with Hezbollah, but the Palestinian group also has interactions with other movements, countries, and peoples as well,” Arouri said.

He also touched upon the normalization scheme involving some Arab states and Israel, stressing that “any step aimed at legitimizing Israel and cooperating with the regime is considered an aggression against the entire Palestinian nation and its sanctities.”

Arouri added, “Unfortunately, Israel is turning into an ally of certain Arab regimes. Any rapprochement between Israel and an Arab or Muslim state, whether Turkey or Qatar, is rejected.”

The remarks came as the foreign ministers of the United Arab Emirates, Bahrain, and Morocco, three Arab countries that normalized relations with Israel in 2020 – as well as Egypt came together for a meeting with the Israelis in occupied Palestine, with US Secretary of State Antony Blinken also in attendance. (Int’l Monitoring Desk)