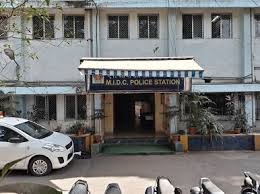 Hyderabad, Jan.27 (PMI):A woman who got married only four days ago, was electrocuted to death at Kalasiguda under Mahankali Police Station limits in Secunderabad on Saturday. It is suspected that she suffered an electric shock from a water heater.

According to the police, the woman, identified as Manisha, got married only on January 22 to one Krishna Sharma of Nampally in the city.  She was brought to her mother’s house for a ‘pagiri ratham’ function on Friday. Saturday morning, she had gone to the bathroom for taking a bath. She got electrocuted when she was operating the heater without switching if off,   and collapsed. Her family members rushed her to a private hospital where doctors declared her brought dead.

The police have registered a case and shifted the body to Gandhi Hospital mortuary where an autopsy will be conducted. (PMI)