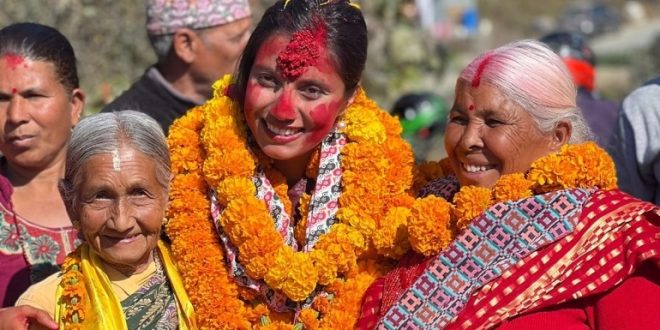 KATHMANDU: Biraj Bhakta Shrestha had just stepped out of his teens in the early 2000s and used to spend his time busking out at what is popularly known as Freak Street in Nepal’s capital. 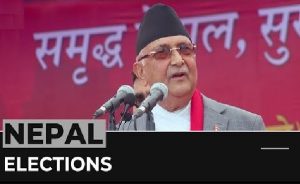 With a guitar in his hand, he would pick a spot on the street of Kathmandu’s Basantapur area and play some of his own songs and some popular covers of Led Zeppelin and Pink Floyd among others.

The Himalayan nation was then going through a Maoist rebellion, which ended in 2006. Two years later, an unpopular monarchy was abolished, making Nepal a federal democratic republic.

“I think the prime minister even at that time [the early 2000s] was Sher Bahadur Deuba,” Shrestha told reporters. Two decades later, Deuba at 76 is still the incumbent prime minister, his fifth term.

It was this resentment over Nepal’s politics dominated by parties with ageing leaders that drove dozens of younger leaders such as Shrestha to contest the parliamentary elections held last month.

The November 20 polls witnessed a wave of youngsters challenging the hegemony of the old guard of Nepali politics. While a handful of them won, many others secured substantial votes, with some of them even competing against popular leaders in their long-held constituencies. 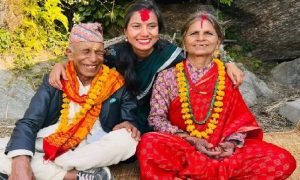 Shrestha, a candidate from the newly-formed National Independence Party (NIP), was among the winners as he secured a seat in the House of Representatives from Kathmandu-8 constituency.

“I was really happy with what I was doing. I loved art, I played music, I was a young tourism entrepreneur and an avid traveler,” Shrestha said.

“The only thing I was always yearning for was self-respect. While I was trying to stand on my own feet, I felt the country hardly respected what I was doing. It is necessary for the state to respect and extend dignity to all professions and feel responsible about them.”

Joining Shrestha in the House of Representatives will be the eloquent Sobita Gautam, a 27-year-old lawyer and journalist who secured her victory from Kathmandu-2 – a keenly watched constituency where traditional parties held a tight grip.

“As a young representative, I plan to bring fresh discourses to the parliament. In the past, we have always had old political approaches and the same faces, so no one talked about contemporary issues,” Gautam told media.

“At the same time, we are educated and experienced in our fields, which gives us diversity. We can change political discourse and take it to new directions.” 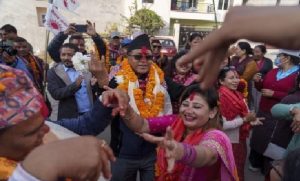 Also boarding the NIP bandwagon is Shisir Khanal, an educator-turned-startup entrepreneur who is working to improve the state of education at the local level.

Khanal, who was elected from Kathmandu-6 seat, founded Teach for Nepal, an initiative to ensure all Nepali children have access to good education.

“I have realized the youth are leaving the country because they lack opportunities for good education and employment,” Khanal told media. “All issues revolve around politics. I am here to be at the forefront and raise concerns at the national level.”

Political analyst Bishnu Sapkota thinks the underlying message of this year’s election is change and youth obvious vehicle for that.

“This is loud and clear and encouraging. The traditional parties, their party structure has been hijacked by old leaders for a long time and the internal democracy within the party has been weakened,” he told reporters. (Int’l Monitoring Desk)