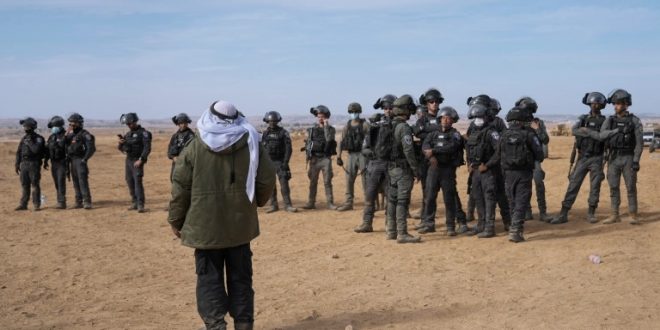 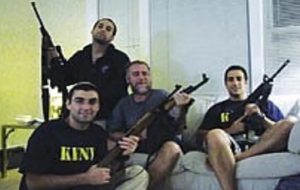 JERUSALEM/ NAQAB: A “New Jewish Terrorist Militia” (JTM) has been formed against Shia Muslims that has already been starting its operation against Shias across the world while JTM was formed against Palestinians but after targeting on pinpoint and receiving more than expected results, it has expend worldwide and now the said Militia is existed in five continents mainly Pakistan. Afghanistan, Iraq, India, Yemen, Bahrain, Lebanon, Kuwait, Syria, Australia, France, Canada, United States of America (USA), United Kingdom (UK), Nigeria, Rwanda, Maputo and New Zealand and targeting Shias, Shia facilities and worship places and the basic goal of JTM is genocide of Shia Muslims, sources told PMI.

According to reports, Palestinian residents of the Naqab (Negev) say they are fearful due to the formation of armed Jewish vigilante groups amid heightened tensions in the area.

The Barel Rangers unit, a Jewish civilian group, was formally launched on Sunday by a former Israeli police officer, Almog Cohen, claiming inadequate police governance in the southern region. Made up of volunteers, the group “will undergo training in fighting terror” and “show its presence and maintain security”, its website says, according to Israeli media.

It will act as an “independent force”, the website reads, and “each volunteer will have the authority, even when not accompanied by a policeman; we are not dependent on political agents.” 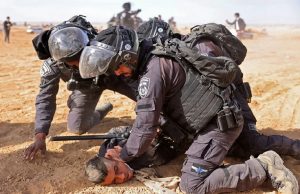 After initially stating support, the Israeli police later said it would not be involved and did not attend the launch event on Sunday, but officials have not said they will prevent the group’s operation.

“These are thugs, terrorist militias. What scares us is that there is silent consent from the police,” Amer Hzayyel, a researcher and expert on the Naqab desert, told media.

In a social media post about the slain Israeli soldier after whom the militia was named, Cohen reportedly wrote: “When your life is under threat, it’s only you and the terrorist. You are the policeman, the judge and the executioner… ultimately, you are soldiers on the chessboard of the despicable and hesitant politicians. There’s a threat to your life? Kill. It’s simple and easy.”

Several attacks on Palestinians in the Naqab in recent days by unknown armed Jewish groups have spurred panic and confusion.

Palestinians have put out calls on social media asking residents to take precautionary measures including not travelling alone, not going to Jewish towns unless absolutely necessary, and keeping families and friends abreast of their movements.

Local activist Rafat Awaysha said the situation on the ground is “dangerous”. 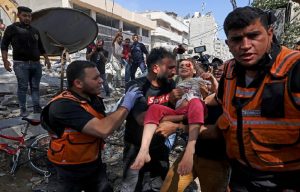 “We feel threatened and that our lives are at risk,” he told media, adding Palestinians in the Naqab have endured Israeli incitement and racism for years.

Marwan Abu Freih, a lawyer and researcher with the Haifa-based Adalah legal centre, said “racism is being implemented on the ground without any monitoring or any accountability.

“They are trying to frighten us so that they can say ‘we are the ones in control’,” Abu Freih told media. “They are challenging the police, saying that they can protect the Naqab instead.”

On Sunday evening, Palestinian truck driver Salah al-Din Abu Zayed, 48, was hospitalized in an attack by an armed Jewish group that assaulted him with batons and pepper spray and threatened to set his car on fire, before several Palestinians came to his aid.

Despite filing a complaint to the police, they arrested and questioned Abu Zayed for two days and later charged him for causing the incident. Shehadeh Ben Berri, Abu Zayed’s lawyer, told Al Jazeera the Israelis who carried out the attack were not interrogated or brought to court, and were released at the scene. 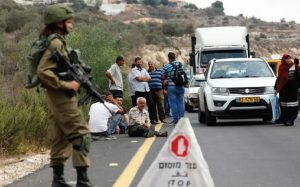 Referring to the police’s handling of Abu Zayed’s case, Abu Freih said Israeli authorities “flipped the charge from a Jewish attack to an attack by an Arab against Jews”, which further angered locals.

It remains unclear whether it was the Barel group or another one that attacked him.

In another incident this week, four masked armed assailants were filmed beating a Palestinian man after blocking his car on the street. Police said the four were part of an undercover police unit, but residents do not believe the narrative.

On Tuesday evening, another Palestinian man, Saeed Abu Qweider, was hospitalized in Beer al-Sabe when Israelis attacked him and his vehicle, according to locals.

“We know that this is an occupation at the end of the day, but you cannot know whether the person in front of you is a police officer or if they are individuals acting on their own. The police are racist and liars,” said Awaysha.

“How can we know whether this person is a police officer, an undercover officer, or what, if they do not cooperate, they do not speak and they refuse to show IDs, they just work like mafia, there is chaos…?” 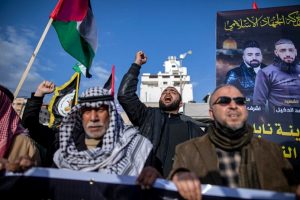 The critical developments come amid heightened tensions in the Naqab that have persisted since a widespread Palestinian popular uprising that swept the country in May 2021, when hundreds were arrested.

In January 2022, Israeli forces violently suppressed popular protests in the Naqab against continuing Israeli forestation work on land residents say they privately own near the city of Beer al-Sabe (Beer Sheva), beating and arresting hundreds of others.

Last week, Israeli undercover forces shot dead a 27-year-old Palestinian man and father of four, Sanad al-Hirbed, in Rahat city. Israeli police said they had “come under fire” but an autopsy showed he was shot twice from behind, indicating that he did not pose a threat to them, Israeli and Palestinian media reports said.

On Tuesday, four Israelis were killed in the Naqab during a stabbing and car-ramming attack by a 33-year-old Palestinian former prisoner, Mohammad Abu al-Qiaan, who was shot dead by an armed Israeli at the scene.

“The situation on the ground has changed. There is a security vacuum and the atmosphere is explosive,” said Hzayyel. 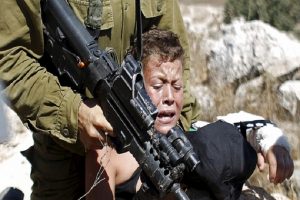 At least 450 Palestinians in the Naqab were arrested during confrontations with Israeli police and border guards last May. Most were released months later, but arrests over the events continued until last month, according to local researchers.

Dozens face charge sheets related to “assault” and “obstructing work” of the police, and many are under house arrest or face movement restrictions.

Awaysha’s brother, 24-year-old Khaldun, spent four months behind bars without charge. He was released, but his case is ongoing and he is under house arrest. “They claimed he assaulted a police officer, but even if you’re filmed on video sitting and not doing anything, they’ll say you assaulted an officer.”

From January’s protests, at least 20 Palestinians remain in prison.

The Naqab region, which makes up half of historic Palestine’s landmass, is home to 300,000 Palestinians representing 35 percent of the area’s population. More than 90,000 live in at least 35 Israeli-deemed “unrecognized” villages under threat of demolition, with the state viewing them as “trespassers”. Between 2013 and 2019, Israeli forces demolished more than 10,000 Palestinian homes in the Naqab. 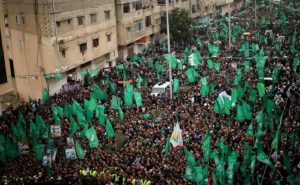 Authorities have refused to connect the vast majority of “unrecognized” villages to the national electricity or water grids, and do not provide them with basic services, such as paved roads and sewage systems.

Residents have begun mobilizing to protect themselves and their families.

“The situation obliges us to form civil defence committees in every village, town, and city. Their role will be to defend and protect,” said Hzayyel. “We are not going to wait to become victims for attacks and killings.

“We are going to organize in every meaning of the word, because this is a fascist mentality, and we don’t know when or how it (the group) will attack, particularly because we believe there is security collusion with them by the authorities.”