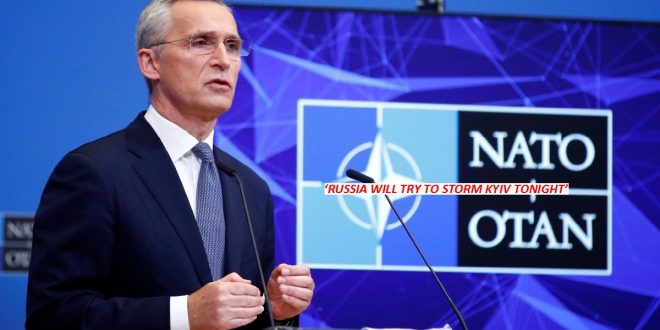 NATO to deploy thousands of commandos near Ukraine

BEUSSELS/ MOSCOW/ KYIV: NATO Secretary-General Jens Stoltenberg said on Friday that the alliance was deploying thousands of combat-ready troops to Ukraine’s neighbors, as well as continuing to send weapons to Ukraine including air defences after Russia’s attack.a 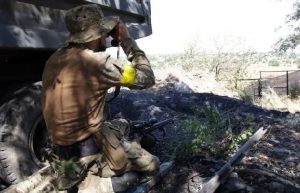 Stoltenberg said NATO was deploying elements of its rapid response force, made up of land, air, maritime and special operations forces, on allied territory.

Some of the 30 NATO allies also announced the types of weapons they would supply Ukraine, Stoltenberg said, without giving specific details.

“Allies are very committed to continue to provide support. We are now deploying the NATO response force for the first time in the context of collective defence,” he said.

“There must be no space for miscalculation or misunderstanding. We will do what it takes to protect and defend every ally, and every inch of NATO territory.”

“We see rhetoric, the messages, which is strongly indicating that the aim is to remove the democratically elected government in Kyiv,” he told a news conference following a virtual meeting of NATO leaders. 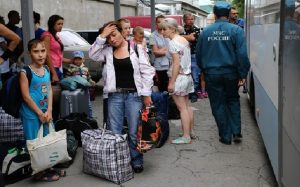 The NATO Response Force can number up to 40,000 troops, but Stoltenberg said the alliance would not be deploying the entire force. Parts of a spearhead unit, known in NATO jargon as the Very High Readiness Joint Task Force, which is currently led by France, will also be sent.

The announcement came after NATO members, ranging from Russia’s neighbor Estonia to the north of conflict-hit Ukraine, to Bulgaria on the Black Sea coast to the south, triggered urgent consultations Thursday about their security amid concerns from the invasion.

“We will continue to take all measures and decisions required to ensure the security and defense of all allies,” the leaders said in a statement. “We will make all deployments necessary to ensure strong and credible deterrence and defense across the alliance, now and in the future.”

Some of NATO’s 30 member countries are supplying arms, ammunition and other equipment to 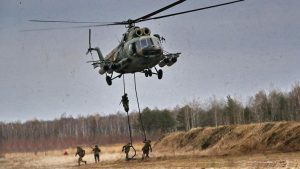 Ukraine, but NATO as an organization is not. It will not launch any military action in support of Ukraine, which is a close partner but has no clear prospect of joining.

Thousands of Ukrainians crossed Friday into neighboring countries to the west in search of safety from the unfolding war in their country.

With men of military age banned from leaving the country, most of those who crossed borders were women, children and the elderly.

Russia has vetoed a UN Security Council resolution condemning its attack on Ukraine. 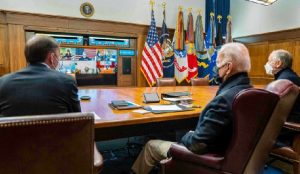 Russian forces are advancing towards Ukraine’s capital, Kyiv, as they continue their assault on the country.

Putin calls for Ukraine’s military to remove the country’s government from power.

The UN says more than 50,000 Ukrainians have fled to other countries since the fighting started. (Int’l Monitoring Desk)