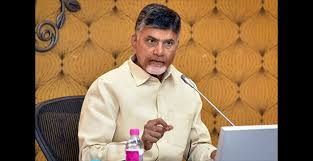 Amaravathi, Dec.30 (PMI): TDP national president and Andhra Pradesh Chief Minister Nara Chandrababu Naidu today reacted sharply to the comments made by his Telangana counterpart K. Chandrasekhar Rao against him. Stating that KCR was using abusive language against him without showing any dignity, Naidu said the Telangana CM has crossed all the limits of decency and making baseless allegations. He warned KCR that he would file four cases against the Telangana CM as against one filed against him.

Addressing mediapersons here today after releasing 8th white paper on his government performance, Naidu alleged that Prime Minister Narendra  Modi, YSRCP chief YS Jaganmohan Reddy and Telangana Chief Minister KCR have ganged up against him. Referring to KCR’s warning that he would also meddle with politics in Andhra Pradesh, Chandrababu said KCR was free to contest elections in AP and advised him not to play hide-and-seek game in the State.

Referring to the political coup that took place in 1994 to dislodge then Chief Minister late N T Rama Rao, Naidu alleged that KCR was one of the main proponents of the coup and added that KCR with him at the victory hotel at that time.

He also dubbed KCR as middle Modi and YS Jagan was junior Modi and PM Narendra Modi was Senior Modi. Reacting to the comments of KCR on the division of High Court, he said it was he who welcomed the decision to bifurcate it. He said he had only sought one month time to complete the shifting process. He claimed that agriculture sector in the State witnessed more growth under his leadership than what it witnessed in Telangana State under KCR rule. (PMI)