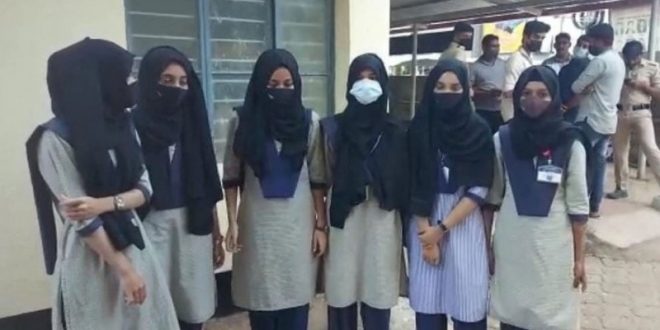 BENGALURU/ NEW DELHI: When A H Almas, 18, and two of her friends stepped into their classroom on a December morning, the teacher immediately yelled at them: “Get out.” 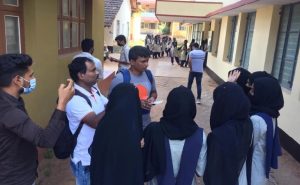 The Muslim girls were not allowed to sit in the classroom because they were wearing Hijab, or headscarf.

“When we arrived at the door of the classroom, the teacher said we cannot enter with the Hijab,” Almas told Al Jazeera. “She asked us to remove it.”

Since then, a group of six Muslim students at a government-run women’s college in Udupi district in India’s Karnataka state in the south are forced to sit outside the classroom because the college administration alleges they are defying the rules since Hijab is not part of the uniform but the girls told Al Jazeera the Hijab is “part of their faith” and practicing it is “their right guaranteed under law”. They have maintained a defiant stance even as the administration has allegedly used “pressure tactics” to coerce them to give in.

The girls have been marked absent from their classes since December 31 even as they say they are going to the college every day.

“We are not going to budge, no way,” Aliya Assadi, who is a part of the group, told Al Jazeera. 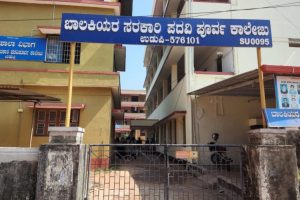 A photo of the students clad in Hijab and college dress while sitting on the steps outside their classroom has gone viral on social media.

“It is because of this photo that our issue got highlighted in the media,” said Assadi.

Their protest has riled up the college administration which, according to the group, forced them to write a letter accepting they missed the classes by staying home on their own.

“We tried to refuse but the principal and the teachers threatened us that they would ruin our careers,” Muskan Zainab, another student, told Al Jazeera.

Zainab said they are happy the “whole world” has seen them forced to sit outside the classroom, thus making the claims of the administration fall flat.

However, the students have also faced humiliation and discrimination for their defiance.

“Having to stay outside the class all day is not a pleasant thing to do. Our teachers and fellow 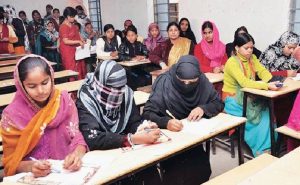 students taunt us. They ask us what our problem is in taking off the Hijab. Why you can’t just follow the rules, they ask,” Almas told Al Jazeera.

“One of my friends fell sick because of this mental torture.”

The students say they are worried about the attendance percentage that is required to be able to sit the annual exams.

Rudre Gowda, the college principal, told Al Jazeera they cannot allow the students to wear Hijab in classrooms “as it is not part of the uniform”. He said they are abiding by the directives issued by the education ministry.

Gowda said it was the first time such issues were cropping up in the college, but the alumni said they had faced similar problems in the past.

“Once a teacher made a hijab-wearing student sit on the floor in the middle of the class and stripped her hijab off. We faced a lot of humiliation for choosing to wear the hijab. But at that time, 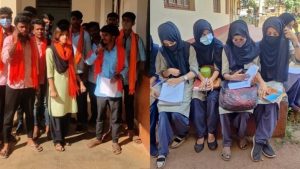 they did permit us inside the classroom,” Athiya, who is currently studying at Manipal University in Karnataka, told Al Jazeera.

The Hijab ban has sparked outrage in India, with student and rights groups accusing the college administration of bias against the Muslim minority.

“We stand firmly with them in absolute solidarity and support. We demand that those in the administration who are stopping Muslim girls from wearing Hijab be suspended and that these girls should be allowed to enter their classrooms with their Hijabs, their self-respect and dignity,” activist Afreen Fatima, secretary of Fraternity Movement in New Delhi, told Al Jazeera.

“It is Islamophobia. It is apartheid,” she said.

A local lawyers’ association has written to the state government, demanding an investigation against the college administration and teachers for “harassing” the students.

“The denial of education to young Musli 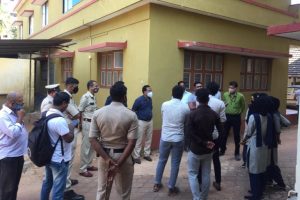 m students and forcing them to choose between getting an education and their faith is a human rights issue and must be treated as such,” the association wrote in its letter.

The Campus Front of India (CFI), an organization of Muslim students active in southern Indian states, has urged the college to rescind its rules over Hijab and allow the students to wear it while attending classes.

“The girls are demanding their fundamental rights. We are standing with them in this struggle,” Aseel Akram, a CFI member in Udupi told Al Jazeera.

The student body met the college and university officials to get the issue resolved but Akram said no action has been taken yet. He alleged the college and district authorities are under pressure from the state government to deny the girls their rights.

K Raghupati Bhat, a local BJP legislator who also heads a committee in the Udupi College, told the parents of the students in a meeting that the college would continue with its uniform code, irrespective of the religious preferences of the students. 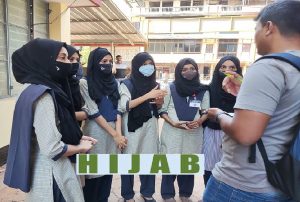 After the controversy over Hijab erupted in Udupi, students in at least two other colleges in the state, including members of the right-wing Akhil Bharatiya Vidyarthi Parishad (ABVP), held protests as they donned saffron scarves inside the colleges, demanding a ban on Hijab.

ABVP is a student group affiliated to the Rashtriya Swayamsevak Sangh (RSS), the far-right ideological mentor of the BJP with millions of members across India dedicated to their aim of creating an ethnic Hindu state in India.

Over the years, Karnataka has seen a rise in Hindu nationalist activities and the targeting of the state’s religious minorities, mainly Muslims and Christians.

Back at the college in Udupi, the girls told Al Jazeera they will continue to assert their rights.

“We are not going to budge, no way,” said Assadi. (Al Jazeera)