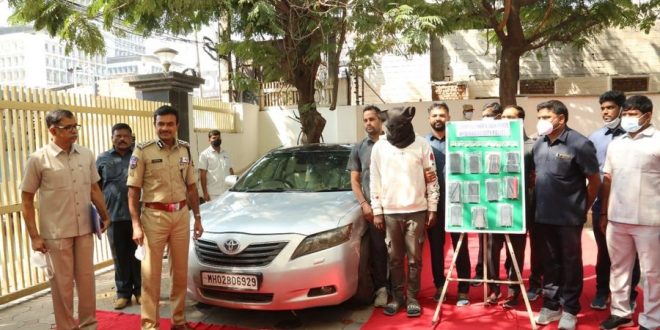 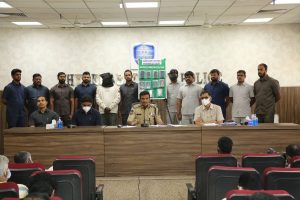 A most wanted international drug-peddler, belonging to Nigeria, and nine consumers of the narcotics from Hyderabad were nabbed from different places, police said on Thursday.
On information, police teams took the drug-peddler Chukwu Ogbonna David alias Tony (37) into custody from Mumbai and on the input given by him nine consumers, mostly businessmen, were apprehended, the police said adding 10 gm of cocaine was seized from them.
Tony, who migrated to Mumbai from Nigeria in 2013 on a temporary VISA, and illegally staying in Mumbai since, was purchasing drug from another international drug-peddler Star Boy, an African, through ships, Hyderabad Police Commissioner CV Anand told reporters here.
In 2017, Tony decided to enter into drug business and developed contacts with consumers in Mumbai, Goa and Hyderabad. As per the plan, the accused established a network system in India by engaging local agents by giving them good money for supply of drugs, the police said.
“Tony did not expose himself to agents or customers and was using international phone numbers to communicate through WhatsApp calls and VOIP calls and was delivering drugs to customers through his agents. Tony has 15 to 20 customers in Hyderabad,” the Commissioner said.
Share
Previous Cooperate for Fever Survey to check virus spread: CS to people
Next HELD TWO PERSONS – WHO ARRANGING FAKE (COVID-19) RT-PCR NEGATIVE & VACCINATION CETIFICATES IN ABSENCE OF CUSTOMERS