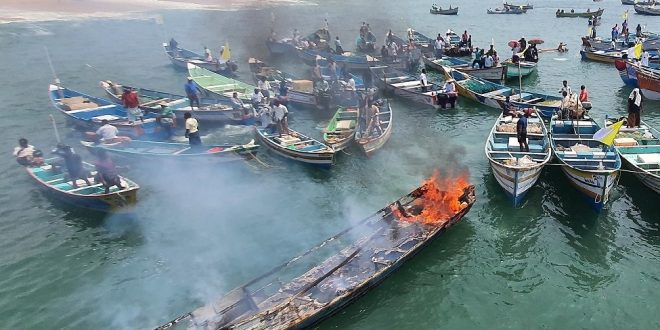 NEW DELHI/ KOCHI: A mob stormed a police station in the southern Indian state of Kerala on Sunday night, injuring 36 police officers, as months of protests against a port project escalated into violence. 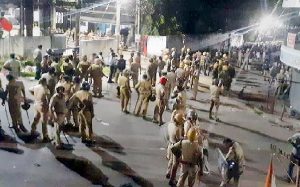 The port is being built by Adani Ports and SEZ Ltd, owned by Asia’s richest man, Gautam Adani.

Protesters, mostly fishermen, have alleged that the $900m (£744m) project is causing coastal erosion and destroying their livelihoods.

The company has denied the allegations.

The protests have been going on for more than 100 days but had been largely peaceful until now. Many of the protesters say their homes have been destroyed by coastal erosion, forcing them to live in temporary shelters.

The company, however, has said that the project complies with environmental laws and that sea erosion is occurring due to climate change.

Last week, the Kerala high court had said that the protesters must comply with its earlier order to allow “unhindered ingress and egress” to the project but over the weekend, protesters blocked the company’s vehicles from entering the construction site, prompting police to arrest some of them.

On Sunday night, hundreds of protesters stormed the local police station, leading to clashes with the police.

“A mob gathered at the police station in the evening and demanded the release of a few persons who were arrested in another case,” a senior state police official told reporters, adding that they had deployed around 900 police personnel in the area. 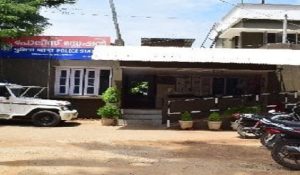 Several protesters were also injured, and some police vehicles were damaged but Eugene H Pereira, a vicar general who was one of the convenors of the protest, blamed the police for provoking the protesters who, he said “were ready to leave the area without creating any trouble”.

“The state government is responsible for the violence. They were doing it to prepare the ground for forcible eviction of the protesters,” he alleged.

A state minister denied this, and accused the protesters of stalling the project even after the government had agreed to meet their demands.

“They want the port project – which is in an advanced stage of construction – to be abandoned entirely but that’s not going to benefit them at all,” he told media.

After the violence, the Adani Group approached the state’s high court, which on Monday asked the government to file a report.

An Adani official told media on condition of anonymity that the company has suffered damages of around 800m rupees ($9.8m; £8.1m) so far due to the blockade, which has gone on for more than 104 days. 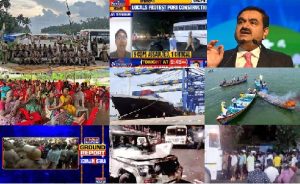 The company operates nine feeder ports across India and the Vizhinjam port is expected to meet all its transhipment requirements once ready.

The port was initially scheduled to be opened in 2019 but work was delayed after a deadly cyclone hit the state in 2017, and due to a shortage in construction material. It is now set to open in September 2023.

The opposition Congress party, which was in power when the deal was signed, alleged that the current government had “ignored” a rehabilitation package for displaced people which was originally part of the agreement.

“I have visited these shelters and they are living in the most pathetic situation that I have ever seen in my life,” said party leader VD Satheesan.