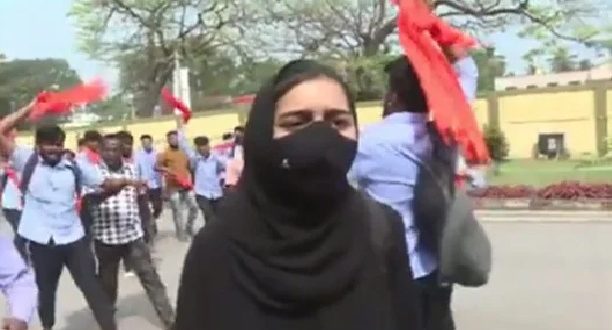 KARNATAKA/ NEW DELHI: Amid the ongoing hijab row controversy in the Karnataka state of India, another video of a girl being heckled by over 100 male students wearing saffron scarves has gone viral on social media. 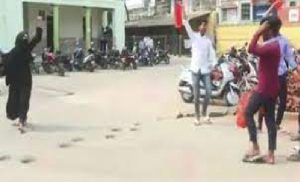 The video caused a stir among people in which a girl named Muskan, wearing hijab, could be seen getting accosted by a “saffron-scarf clad mob” chanting “Jai Shri Ram” (victory to lord Rama) when she entered her college, according to India Today.

In response, the girl chanted “Allah Hu Akbar” (Allah is great) and turned her back towards the mob.

Speaking to India Today, the girl said: “They asked me to take my burqa off and were not letting me in. As soon as I entered the college, the group started chanting Jai Shri Ram.”

The girl said that the mob included outsiders and boys from her college, however, the college staff supported her. “I was scared when the mob surrounded me,” she added.

The protests have intensified since the hijab row in Karnataka. A few days ago, a college in Udupi locked hijabi students outside the college. 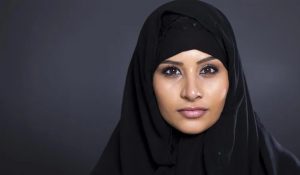 However, some people are raising voices against the mob and condemning the act.

Meanwhile, another government college in the Indian state of Karnataka has denied entry to students wearing hijab.

The hijab row has been going on in India for quite some time in a pre-university college for girls in Karnataka’s Udupi, and now, it has made its way to other colleges of the state, The Indian Express reported.

A video on social media has been making rounds in which students could be seen arguing with the headmaster for not letting them enter the college premises. The students said that they should be allowed to attend classes while wearing a hijab as they have been doing so for a long time, but the principal locked the gate and forbade them from entering. 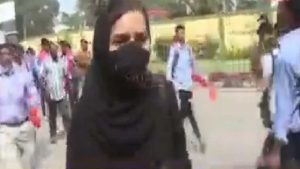 On Wednesday, some Hindu boys studying at the college, came to the campus wearing shawls as a form of protest and asked the Muslim students to remove their hijab. There have been 27 Muslim students coming to the college with hijab, sources told The Indian Express.

According to the publication, Indian lawmaker Kundapur Halady Srinivas Shetty discussed the issue with Karnataka Education Minister BC Nagesh. Shetty tried convincing the parents of Muslim students to let them come without hijab, however, his attempts went in vain.

Earlier, seven Muslim students were not allowed to enter a separate government college in Udupi for wearing a hijab.